The amount was raised for the 'Bharat Ke Veer' fund with the contribution from celebrities and people from the corporate world. 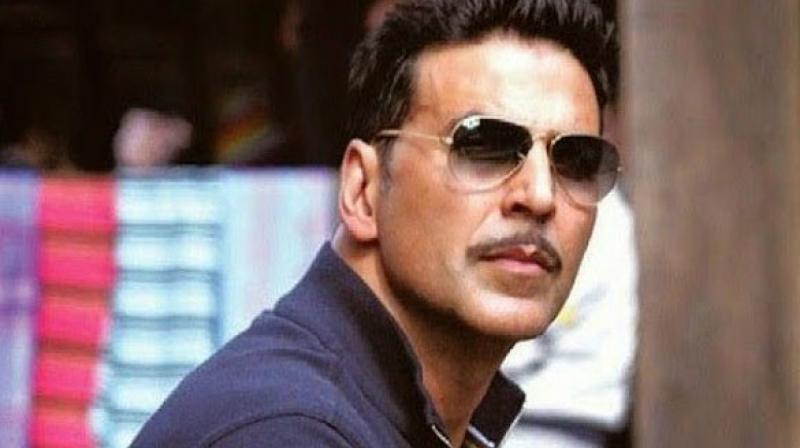 Akshay Kumar will next be seen in 'Pad Man.'

New Delhi: As part of the 'Bharat Ke Veer' initiative, which is a corpus fund to help the families of paramilitary troopers killed in the line of duty, an official anthem was launched here on Saturday.

During the event, an amount of Rs 12.93 crore was raised for the fund with the participation and contribution from celebrities like Akshay, Kailash and people from the corporate world.

The event was also attended by heads of all the Central Armed Police Forces.

"We have launched this anthem. I ask everyone who love music to download this anthem. Whatever money will come from this anthem's downloads will be donated to this initiative," said Kher.

Rijiju, who officially launched the anthem, said, "I knew that for a patriotic song, the most suitable voice is Kailash Kher. His name came automatically in my mind.

"So I told him about it, and he agreed to do his bit for this initiative. He wrote the song very fast, and he shared with it me. I felt very good by all this," he added.

The 'Bharat Ke Veer' initiative was launched by the home minister in April last year and seeks to help families of paramilitary personnel killed in combat operations. As a part of the initiative, a corpus fund was formed to raise money for the families of martyred soldiers.

Speaking at the event, the home minister said, "Our soldiers risk their lives to maintain peace in the country, and we are not able to do much for their families. It is a fact that whatever we do for the families of our martyred will always be less. It can't be said that it is enough.

"No matter how much money we give them, we can all agree that we cannot compare a man's life in terms of money."

Singh also lauded Akshay for the role he is playing in taking forward the initiative to help the soldiers' families.

"I want all the families of martyred soldiers to get at least Rs 1 crore, and that is the idea behind the launch of the website 'Bharat Ke Veer' (through which people can contribute). I feel happy that people are contributing to this fund with all their heart," he said.

A short film, directed by Adi Pocha, on soldiers and their families was also released at the event by Ahir.

Akshay, who is the brand ambassador of the Bharat Ke Veer initiative, said," Like the minister said, we have to come to ask everybody's help for this (initiative). With my folded hands, I ask everybody here plus all our countrymen to help this initiative in a very big way."

He also appealed to the home minister to start a similar initiative for the soldiers who get disabled during combat missions.

He also sang the anthem with Kher at the event.

No amount of gratitude is enough for our soldiers. We managed to raise Rs. 12.93 crores today! Grateful to all the people who came and showed their support at the #BharatKeVeer Anthem launch. Special thank you to Hon. @rajnathsingh ji for this platform. pic.twitter.com/6O1sPo20Jh

At the #BharatKeVeer Anthem launch sung by @Kailashkher. While they keep us alive, the least we can do is keep them alive in our hearts. Bharat ke veeron, tumko naman 🙏🏻 pic.twitter.com/zJuzsT02AQ

Addressing the event, Dalmia Bharat Group MD, Puneet Dalmia, said, "We express our gratitude to all the contributors and supporters for raising more than Rs 13 crore. We are hopeful that this fund amount will have a huge impact in their lives."