Saif wants his son to be an outdoors person, and Taimur will ring in his second birthday admiring animals in the wild. 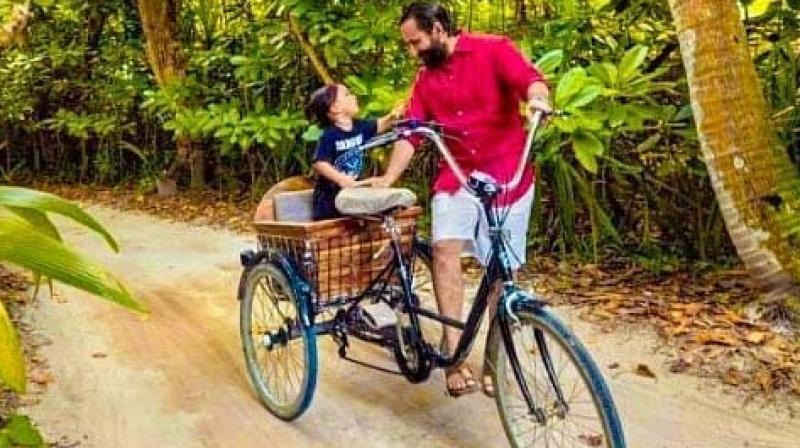 As Taimur Ali Khan, the biggest superstar of Bollywood turns two on December 20 the celebrations just don’t seem to stop.

They actually started last week when Taimur’s birthday party ushered in what the Kapoor family collectively referred to as Tim’s birthday binge.

According to a source close to the family, Saif and Kareena decided to host an early birthday party for their little one because they were booked to shoot an ad together in South Africa on Taimur’s birthday.

“They decided to finish with the birthday party and take him on a jungle safari in Africa. While the paparazzi is certainly going to miss him on his special day, the star parents have promised a steady flow of pictorial evidence of Taimur’s activities in Africa,” the source said.

On being contacted, Saif seemed to be blissfully bonded with his baby boy and of course his beloved Begum Kareena.

Speaking from Africa about Taimur at two, Saif says, “We’re wrapping up our ad shoot and driving to the countryside to ride horses in their natural habitat and to swim and look at the big cats!!”

Saif wants his son to be an outdoor lover. “I really want Tim to love Africa and the outdoors like  I do. I don’t want him to be an indoor kid glued to the smart phone.”