After grand wedding in Italy on Decemeber 11, the couple has finally returned to the country ahead of their reception. 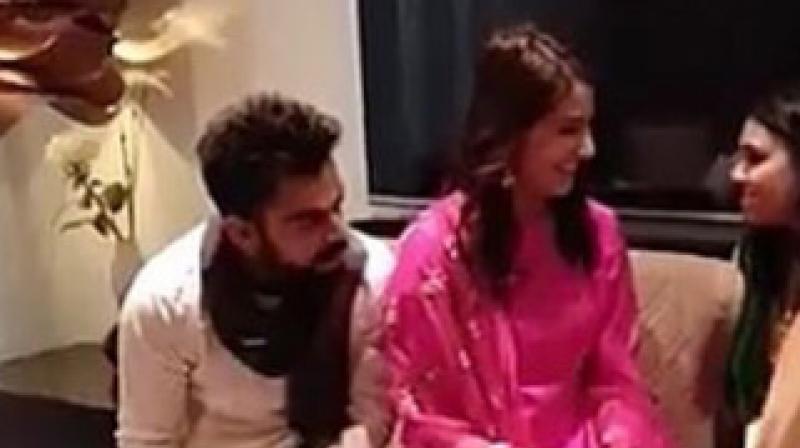 Mumbai: The most popular couple in India right now, Virat Kohli and Anushka Sharma, got married in Italy on December 11.

Be it the pictures and videos of the couple in traditional wear during marriage, their engagement a day before, Mehendi ceremony, DJ night or their honeymoon selfie in Finland, all made headlines galore and went viral on social media.

The couple is now finally back to India after almost 10 days away from the country.

Pictures of the newlyweds from Virat’s residence in Delhi have been going viral on their fan clubs' social media accounts.

Dressed in Indian wear, the couple looked beautiful together as they are seen interacting with their close ones in the picture.

Like Virat successfully managed not being clicked while heading to Italy for his marriage, it seems the couple managed to arrive unnoticed in the capital.

Virat and Anushka will host a wedding reception in the city on Thursday for their relatives.

This will be followed by another reception in Mumbai on December 26 for stars from the film industry and cricketers.

Anushka will then accompany Virat to South Africa as he leads the team for a challenging tour.

The actress will return to India in the first week of January and get back to her professional assignments, which includes film with Shah Rukh Khan, ‘Sui Daaga’ and ‘Pari.’