The second trailer definitely takes the curiosity one notch higher than the first trailer did. 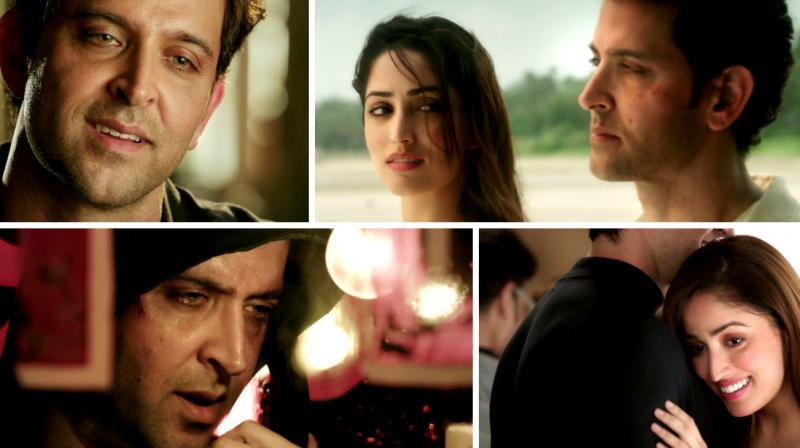 Video grabs from the second trailer of 'Kaabil'.

Hrithik Roshan's 'Kaabil' is undoubtedly the among big releases of 2017, being the first one along with Shah Rukh Khan's 'Raees' also releasing on the same day, January 25.

The first trailer of the film had brilliantly raised curiosity about the film, earning immense appreciation and massive number of views on social media. The trailer saw the romantic moments between the couple as well as Hrithik’s resilience to gain revenge for his wife’s death amid his visual impairment.

The makers have now also unveiled a second trailer and this one also showcases the same emotions, but definitely takes it one notch higher than the first trailer did. We catch a glimpse of how Hrithik and Yami meet for the first time, with Hrithik even mimicking Amitabh Bachchan’s voice to impress Yami.

But when tragedy strikes, he is seen ruing the lack of help from the system, prompting him to take matter into his own hands. He is then seen in some intense action sequences against the villain, played by Ronit Roy, in his quest for gaining revenge for his lost love, even delivering lines like ‘aayega na, darega ka toh nahi’ (You’ll come right? You are not afraid right?).

‘Kaabil’ is directed by Sanjay Gupta.