At a recent event, the actress narrated a story eerily similar to her version of the infamous spat with Hrithik Roshan. 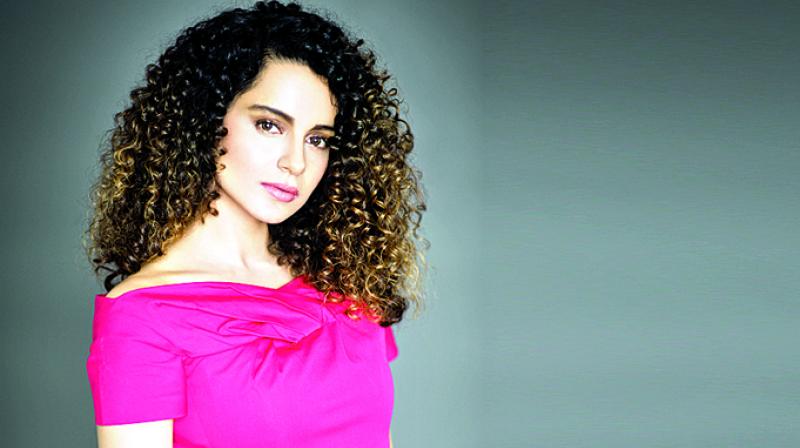 Kangana Ranaut has done it again. The actress, who was making an appearance for a shoe brand recently, used the platform to talk about ‘a girl from the mountains, who fell for a matinee idol’ — an all too familiar tale.

“There was a young girl in the mountains,” she narrated. “Extremely brave, naïve, impractical and stubborn. This girl, when she was walking, saw a picture of a man and fell in love with him. And that picture led her to cross oceans, deserts, mountains and landscapes. She’s standing under stars with the man, and this man kisses her and says ‘I love you.’ The worlds meet and it becomes a trap between the real world and the world, which was supposed to be the future, and has to be reached. But one manages to reach there. What happens is that this man says she’s not a normal girl — she has a lot of fire in her belly. And she isn’t even a woman; she’s a lion in a woman’s body. So, the man gets scared and the love story becomes a tragedy.”

Her rather concise story seems to mirror her side of the story of the spat she had with Hrithik Roshan all through this year. Hrithik’s friends, however, roll their eyes over this incident. “This is really touching. It’s her own version of Ram Teri Ganga Maili; the innocent pahaadi girl seduced by the cunning, city bred philanderer,” says the friend.

While Hrithik continues to maintain a stoic silence, announcing that he will speak up at an appropriate time, a source close to him says, “She’s continuously building on her narrative regarding her supposed romance. She’s too obsessed with the entire story to be happy with a closure.”