With OTT platforms coming under the purview of the I&B Ministry, content creators are hoping for a balanced approach 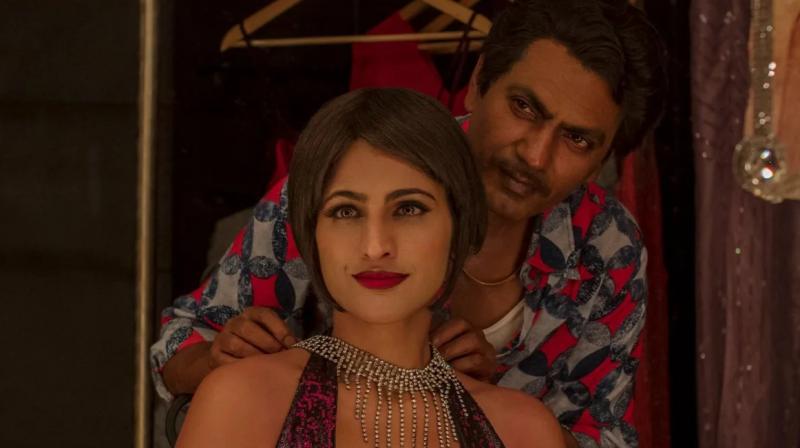 For the last few years, the digital streaming platforms have had a dream run in India. It created content with complete freedom that could be streamed directly on Over the Top (OTT) platforms. Now, especially in the time of COVID-19 pandemic, the streaming platforms have swung it all the way, earning rights to big Bollywood films—which wasn’t the case in the pre-pandemic time; the movies would reach the OTTs after weeks of their theatrical run.

But the good times may not last. So far, OTT platforms such as Netflix, Amazon Prime and Disney+ Hotstar were under the purview of India’s Information Technology and Electronics Ministry. However, on 11 November the Indian Government announced that all digital news, audio and visual content platforms would now be under the Information and Broadcasting (I&B) ministry’s jurisdiction.

The news has predictably worried several industry folks about how the regulations might disrupt their freedom of creating content. Karan Anshuman, director of web series such as Inside Edge and Mirzapur, even called out the move on his Twitter page. “Unacceptable. Viewers and creators have to band together and challenge censorship in any and every manner! (sic),” the director wrote.

Freedom on a leash

Given how essential creative freedom is, could censorship curb the idea of content creators experimenting with the medium? While the OTT has given some progressive and brilliant content, it is mostly not without violence, sex or nudity—common features in most web shows, sometimes even unnecessarily. For instance, Netflix’s Sacred Games, while strong on the storyline, introduced audiences to some objectionable bold scenes. Similarly, Mirzapur on Amazon Prime unravels majorly with sex and violence. ALTBalaji, with bold shows such as Gandi Baat and Virgin Bhaskar, and ZEE5 with RejctX, are further ahead in terms of showing bold content—making it an uncomfortable family watch.

Understandably, while some believe censorship will help produce valuable content, others don’t see any harm in bold content.

For one, ALTBalaji’s owner Ekta Kapoor finds herself in a quandary. “Anything I put out will be either too regressive for some or have too much sex for others, and I am like ‘What’s the problem with sex?’ While I’m not competing with anyone and only deal with the mass audience, my competitors do put out a lot of content, and I have to make something even better,” she reasons. “I have no problem with sex. Sex is natural. So I believe if there is any prohibition in society, it will cause a bigger need. If they ban it, I will have to produce more such content. You have to take risks.”

So far, the entertainment industry in India has been handled by the Ministry of Information and Broadcasting, with the concerned authorities under the ministry censoring and certifying every film before releasing it to the public. However, there isn’t yet a board or authority to censor the content for web series. And several people have complained in the past about the explicit and bold content on OTTs.

Director Raaj Shaandilyaa, known for films such as the 2019-film Dream Girl and the 2017-Sanjay-Dutt starrer Bhoomi, believes censorship is a must.

“Showing nudity and violence without any justification is definitely going beyond limitations. This is not our culture. And while there is no need to bring in restrictions, things onscreen definitely need to be censored so that the public can watch it with censorship certification,” Raaj explains.

Imagination will be the key

While many debate over the government proposal, some creators have already begun preparing for the implementation of the censorship.

Gandi Baat director Sachin Mohite sees this as a chance for filmmakers to play with their imaginations. “You have to find a way to play with your imaginations. For instance, I think the best way to do intimate scenes is to place the cameras and lights right. Now, it’ll be more on the director and cameraman’s part to use these tools smartly without compromising on the scene. Intimate scenes are between two people and has to be done aesthetically,” the director adds.

OTT business in India has certainly pushed the envelope by creating bold content and shows rather different from the usual television fare, while providing opportunities to new filmmakers. But the non-censorship has created havoc of senseless shows too. With no pressure of certification, makers have escaped the snip to produce perverse and coarse language content.

Filmmaker Gaurav Panjwani believes a balanced censorship should exist though he hopes people in censoring the content should be well-versed with the art of films to understand the craft, without banning everything.

Veteran director Rumi Jaffery, director of movies such as the 2009-film Life Partner and the 2006-film God Tussi Great Ho, seconds Gaurva’s view. “When certain shows earlier depicted nudity and violence, they didn’t attract attention because the content was very good, but now some filmmakers use the privilege of creativity to serve and sell nudity, and the public is pressuring the Government to do something about the content. I strongly believe we should also have a self-censorship attitude,” states the director.