The actress posted a picture of Ranveer’s T-shirt that read ‘Love is a superpower’, and she captioned it “& you...my super drug!”. 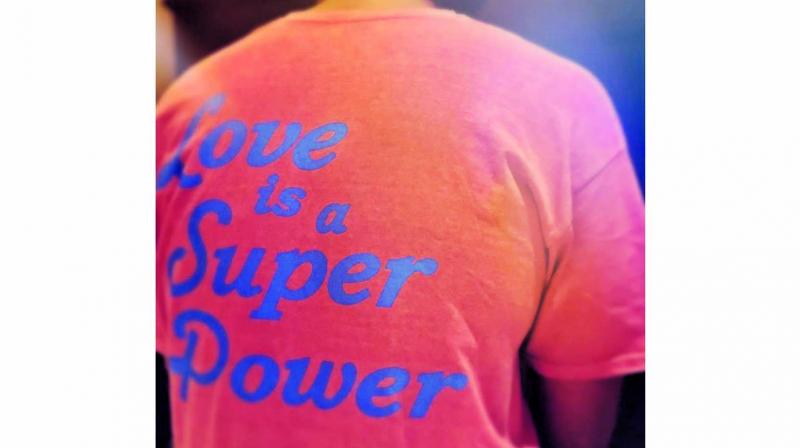 The couple broke the Internet with their wedding photos, and the streak has not ended even one year later.

Ranveer Singh and Deepika Padukone never fail to amaze us, not only with their on-screen chemistry but their off-screen romance as well. The Padmaavat co-stars had been dating for six years before they decided to get married last year at a luxurious villa in Italy’s Lake Como. The couple broke the Internet with their wedding photos, and the streak has not ended even one year later.

On Tuesday, Deepika shared a photo of her husband wearing a T-shirt that says ‘Love is a superpower’. She captioned the post, “& you...my super drug!” This comes right after the Bajirao Mastani stars celebrated their one-year wedding anniversary with their families in Tirupati and Amritsar, where they also sought blessings.
Reports of their relationship first sprouted after they were paired opposite each other in Sanjay Leela Bhansali’s Golion Ki Raasleela Ramleela. They were spotted visiting each other on their movie sets as well, sparking further speculation. After denying the rumours for a long time, Ranveer made it public at an award show in 2015 by getting down on one knee and singing ‘Ram Chahe Leela’ to a blushing Deepika. It was after that they made their relationship public and began posting multiple pictures of each other, leaving cheesy comments on each other’s social media, and roaming around together in the public eye.