Entertainment   Bollywood  20 Nov 2018  Kedarnath: This is what Kareena Kapoor Khan has to say about Sara Ali Khan
Entertainment, Bollywood

Kedarnath: This is what Kareena Kapoor Khan has to say about Sara Ali Khan

Sara is all set to make her big Bollywood debut opposite Sushant Singh Rajput in Abhishek Kapoor's 'Kedarnath'. 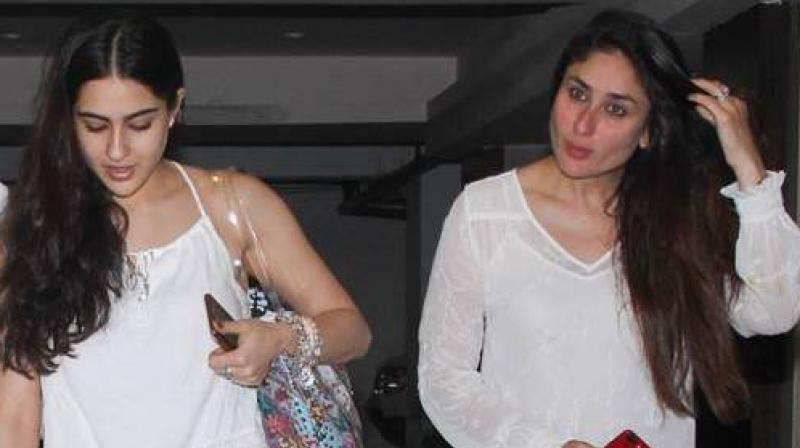 Mumbai: Actor Kareena Kapoor Khan says she is sure Sara Ali Khan's debut "Kedarnath" will work at the box office and believes the latter is a "born star."

Daughter of Saif Ali Khan and Amrita Singh, Sara recently said she looks up to Kareena who married Saif in 2012 and wants to imbibe her professionalism.

When asked what are her feelings regarding Sara making her Bollywood debut, Kareena told reporters, "I hope God willing and I am sure that the film will be a super hit but irrespective of that I think she is a born star."

Sara will be seen opposite Sushant Singh Rajput in "Kedarnath", set against the backdrop of one of the worst human tragedies. The film, directed by Abhishek Kapoor, is scheduled to release on December 7.

Post that, Sara will be seen in Rohit Shetty directed "Simmba" featuring Ranveer Singh, releasing in the last week of December.