Stars and directors such as Akshay Kumar, Karan Johar and Subhash Ghai will descend on the red carpet of IFFI. 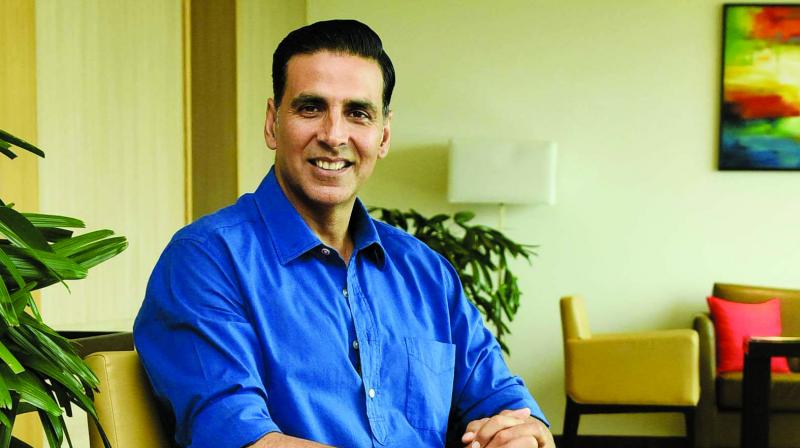 Panaji: A galaxy of stars and directors such as Akshay Kumar, Karan Johar and Subhash Ghai will descend on the red carpet of the 49th edition of International Film Festival of India (IFFI), a high on Bollywood glamour event which will celebrate cinema, both national and international.

However, the presence of Ghai, who has been a regular at the festival, may raise some eyebrows this year as the director was caught in India's #MeToo storm when allegations of sexual harassment by two women, a claim he has categorically denied.

The opening ceremony on Tuesday will be a 90-minute affair that will incorporate the rich and diverse kaleidoscope of the Indian film heritage and industry interspersed with performances by mainstream Bollywood artistes Sonu Sood and Shilpa Rao.

"It is a mix of the old and new. The old, new and digital cinema, everything is being combined together in this IFFI," Rathore told DD News.

"We will also try to live stream this on social media" to make it accessible for all," Rathore added.

Elaborating on the digital aspects that will be focused upon at IFFI, the minister highlighted the role played by Indian VFX artists in Hollywood films.

"The time has come to promote these talented experts," he said.

"The Ministry of Information and Broadcasting is looking to set up a gaming, and visual effects institution and has even started work on it. This will set a high standard in India. We can open many satellite schools that can follow the syllabus set by this institution," he said.

The festival's many 'In-conversation' sessions will be quite the 'film family affair' with Anil Kapoor and Rhea; Boney, Arjun and Janhvi Kapoor; David and Varun Dhawan and from south, the Daggubatis - Rana, his uncle Venkatesh and father Suresh Babu sharing the stage.

Female directors Meghna Gulzar, Leena Yadav and Gauri Shinde will hold an In-conversation session and so will CBFC chairman-lyricist Prasoon Joshi, along with Arijit, who is bringing his directorial debut Sa to the festival, and Shoojit Sircar, whose film October will be screened as part of Indian Panorama.

In a news that will disappoint many a cinephile, popular British actor Jonathan Rhys Meyers, who was set to attend the premiere of his movie The Aspern Papers, the opening film at the festival, is giving the gala a miss.

The festival is celebrating the birth centenary year of Swedish filmmaker Ingmar Bergman with Wild At Heart, Master At Craft' - in-conversation session that will be moderated by Sunit Tandon and feature Mikael Timm, Jannike Ahlund and Ulrika Rindegard, all three closely associated with the great filmmaker.

The festival will also showcase seven best films of Bergman, including "Wild Strawberries".

Israel is the country focus this year and filmmaker Dan Wolman will introduce the audiences to their cinema with a masterclass. He is also this year's Lifetime Achievement Award recipient.

Jharkhand is the state in focus this year and films such as A Death in the Gunj, Ranchi Diaries and Panchlet that are based in the region.

There is also a window for film lovers to get acquainted with Tunisian cinema with an In-Conversation session by Tunisian Ambassador and filmmaker Nacer Khemir.

Director Sriram Raghavan will decode the mystery behind a good thriller with A Bromantic thriller with his screenwriter brother Shridhar Raghavan.

Homages segment will pay tributes to film personalities such as Shashi Kapoor, Sridevi, M Karunanidhi and Kalpana Lajmi, who passed away in the year gone by.

This edition of the festival will showcase 212 films from over 68 countries. International Competition section has 15 films out of which 3 are Indian.

A special package for visually impaired children will be organised with special screenings with audio description. The festival will showcase the movies Sholay and Hichki under this section.

The show will witness the launch of the Film Facilitation Office, an initiative by the Ministry of Information & Broadcasting.