Those who walk the write path

Nandita Das believes it’s high time we celebrate the talent and genius of Indian writers and bring their life stories to life on the silver screen. 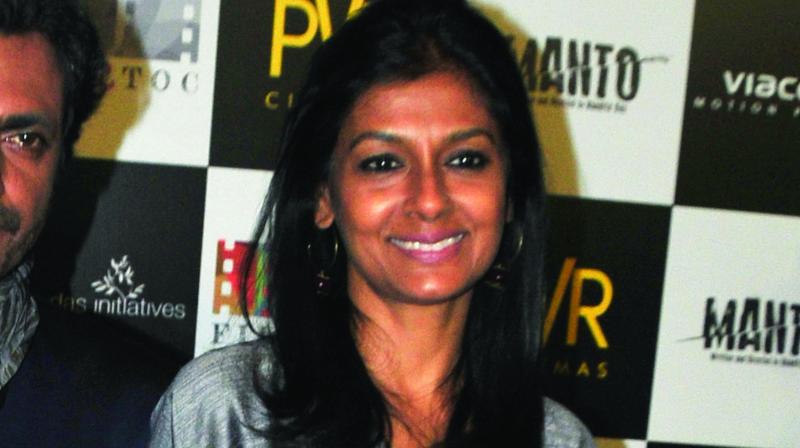 Nandita Das at a media interaction in the capital on Wednesday afternoon.

Indian cinema has been going through a phase of biographies ever since Rakeysh Omprakash Mehra’s Bhaag Milkha Bhaag in 2013 followed by Airlift, Neerja and the latest one being Sanju. But Nandita Das’ Manto — a biographical drama of the famous Urdu short story writer Saadat Hasan Manto — is the first ever film to celebrate an Indian writer, something that has been missing in our continuously evolving cinema.

“It never struck me that there have been no films on writers,” shares Das who started working on Manto in 2010. “It was during one of the interviews that someone pointed it out. There is no dearth of great writers, be it Premchand or Rabindranath Tagore, we have writers across languages, but we haven’t ever ventured into putting their lives across on the silver screen. We have never celebrated our writers.”

Das, who does not watch many films, feels that biographies have suddenly become the flavour of the season. “When I started working on Manto in 2010, this wasn’t the case. For me, the film is not a biography but the idea of the man himself — what is now being called Manto yath — we are trying to spread the idea of what he stood for: to be honest, free spirited and courageous.”

Unlike most other biographies, Manto is not a cradle to grave biopic or a look at the journey of an ordinary man becoming a great personality. “We start the film with Manto when he was already known for his work. People waited for his columns. It’s Manto’s journey of four years — before and after partition which were crucial years for both India and Pakistan and also in Manto’s life. It explores how partition had an effect on his writing, his sensitivity and empathy for women, how amidst all the violence he always wrote intimate and personal stories, and why he left Bombay despite loving the place so much. Lastly, it is about how the world views people like him.”

It takes extensive research and a deft, insightful and sensitive understanding of both literature and the cinematic medium to construct a cinematic plot that justifies both the writer and his work. And often, writers who pen dramatic stories do not have much dramatic inflections in their own personal lives — making it challenging for a filmmaker to make them protagonists of a gripping story. “It is not essential for a writer’s life to be dramatic,” says Das, adding, “Their inner commotion comes out through their work. Thus, making it quintessential to weave the journey of the writer along with their style of work.”

Another aspect that proves challenging and intimidating when making biographies is being responsible for what you are showcasing. Das felt responsible not just as a filmmaker but because she was writing about someone whose family had gone through a lot. She says, “I felt responsible to Manto’s family than to anybody else. I wanted to do justice and portray their parents and their world with a great amount of truth and dignity. And when the family hugged me tight after the premiere of the film, for me that was the greatest compliment.”

Das strongly believes there are many Mantos who haven’t had their moment in the sun. “Some are languishing behind the bars, some have been murdered, some are continuously gagged and few are still not known to us. But there are people who are speaking their mind keeping intact the true essence of democracy for all of us. The film is also a tribute to all the Mantos of the world.”