The two actresses were seen to be in their own space during most of the shooting. 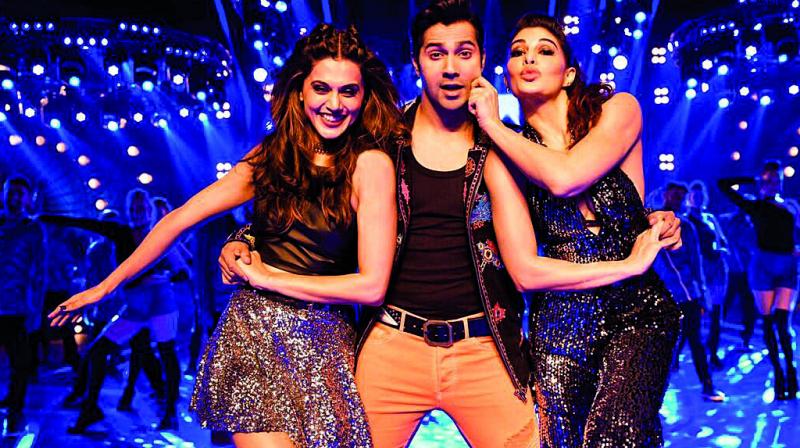 While working on his father david Dhawan’s Main Tera Hero, Varun was much closer to Nargis Fakhri than Ileana D’Cruz.

As much as he would like to believe that he’s democratic in his warmth towards his co-stars, Varun Dhawan does get partial with his affections. And it’s not surprising. While working on his father david Dhawan’s Main Tera Hero, Varun was much closer to Nargis Fakhri than Ileana D’Cruz.

Now, reports from London during the shoot of Judwaa 2 suggest that Varun’s proximity to the very friendly Jacqueline Fernandez irked the film’s other leading lady, Taapsee Pannu, no end.  “There was constant tension on location because of Varun’s warm friendship with Jacqueline, whereas with Taapsee he was friendly too, but he wasn’t bum chums with her,” says a source.

This unintended partiality took its toll on the comfort level between the two leading ladies too. “Taapsee was certainly irked by their proximity. The two were constantly whispering and bantering. Initially, Taapsee did try to join in the twosome’s masti, but eventually she gave up and kept to herself,” says the source.

The two actresses were seen to be in their own space during most of the shooting. “Don’t expect them to come together again in a hurry,” warns an eyewitness about icy vibes between the two ladies.