“Abhishek tried to talk her into mending her ways. But Sara prevailed, and she still has her way on the sets,” the source adds. 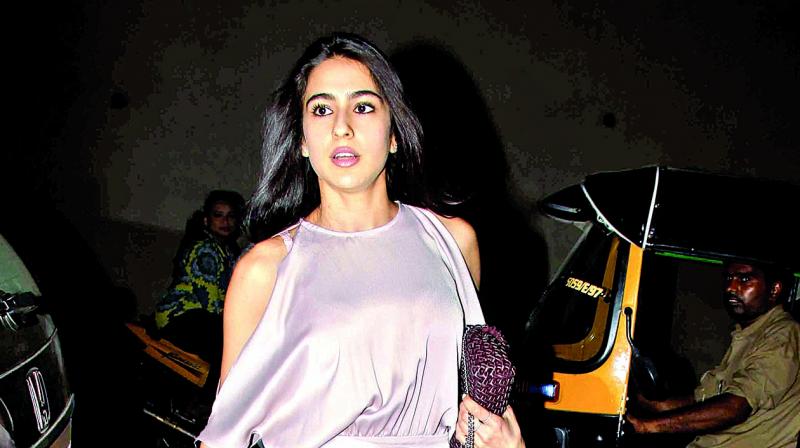 Reports from the sets of Kedarnath have suggested that Sara Ali Khan, darling daughter of Saif ali Khan and Amirita Singh, is a repeat offender, throwing alleged tantrums on the Uttarakhand sets.

The newbie is not just reportedly throwing tantrums, quite like yore suggests Saif was wont to do many years ago, but she has also been arriving late on the sets on a daily basis.

“She wants to be sure about her look in her debut movie, and hence she wants her make up and dress to be fine. Therefore she is taking a longer time to get ready. She gets multiple changes made to her look. She clicks pictures and sends it to someone and then suggests changes to her look according to the responses she gets,” says a source from the sets. And that’s the reason the source attributes to the delay in shoot timings of the movie.

While Bollywood stars are known to be fashionably late on the sets of their films, Abhishek Kapoor, Kedarnath’s director, apparently tried to talk to her too. “Abhishek tried to talk her into mending her ways. But Sara prevailed, and she still has her way on the sets,” the source adds.

Sara may have had her way may years ago when Bollywood stars still called the shots, but in today’s day when professionalism rules the roost, she needs to either change her attitude or make sure that her look tests do not affect the shoot of her film.