Rakesh Roshan is asking son Hrithik to put a hold on signing movies, as he thinks Krrish 4 is the movie to showcase Duggu’s talent. 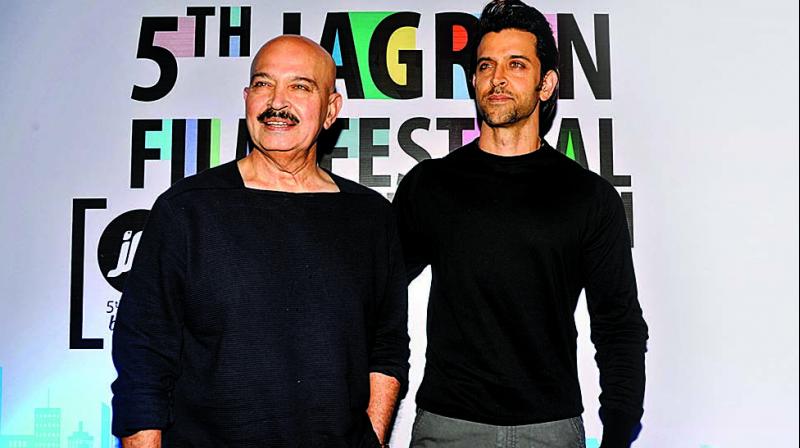 Hrithik Roshan is indeed a family man. On the one hand he has been trying to mend fences with ex wife Sussanne Khan, so the can spend a lot of time with their
kids, and on the other hand he’s trying to pay heed to his father, director Rakesh Roshan.

Now, Hrithik has rejected the Priti Sinha produced film for Vikas Bahl, on the mathematician Anand Kumar. This, despite having met the Super 30 math whiz. Hrithik was also in talks with Farhan Akhtar, to work in a movie directed by him, but did not give him the nod.

After Kaabil, which was his last release earlier this year, Hrithik has only been with his family, and hasn’t signed another movie. “Gudduji (Rakesh) doesn’t want Hrithik to work in films that do not feature in the top five of the year. He knows that Duggu (Hrithik) is extremely talented, and wants to showcase the best of his talent in his next film, Krrish 4. He’ll be able to show off everything he can do, from dance to action, to his acting skills,” says a source.

Rakesh is getting the script of Krrish 4 ready, and has asked his son to wait till he can get his big box office juggernaut going. After all, his movies from debut Kaho Naa Pyaar Hai to Krrish have been his biggest box office grossers till date.