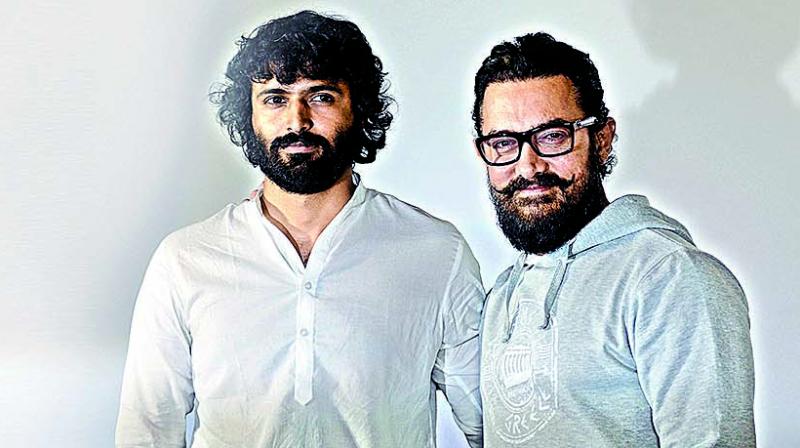 Superstar Aamir Khan’s manager-turned-director Advait Chandan has big plans in store for the future. And while he looked absolutely reluctant to talk about it, he spilled the beans on the fact that he would love to make a biopic on his mentor Aamir’s life.

Says Advait, “In my opinion, I don’t think anyone else should attempt a biopic on Aamir but me. If anyone is trying to attempt it, they should just drop it.” Ask him if he has already started scripting and he says, “Yes. I mean not really, but I don’t want to talk about it.” We get the hint, Advait!

Has he already bounced the idea off Aamir yet? “No, but he definitely deserves a biopic, and I don’t think anyone else will attempt it,” he asserts.

Meanwhile, Advait is busy promoting his film Secret Superstar. The movie is the story of a small-town girl, Zaira Wasim, who wants to be a world-famous singer, and how Aamir mentors her. Of course, Advait says it’s a huge break for any director to work on a film with Aamir.

Is he prone to pressure now that his movie is releasing soon? “Not really,” he says. “The pressure was when I wanted to show the rushes to Aamir. I didn’t know how he would react. The fear was that at some point he was going to look at my work, and I started freaking out. I was worried that I would show it to him and I would disappoint him. But he liked it, which was a huge relief.”