The film is directed by Surender Reddy and is slated to release this year. 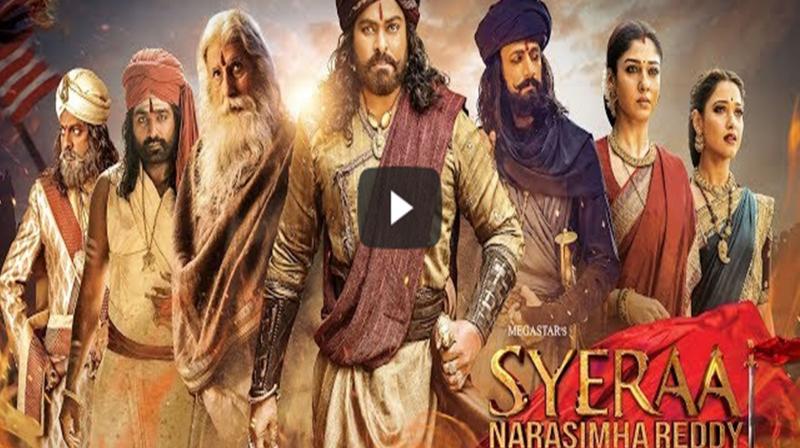 Mumbai: After taking the audience on the visual tour with the strong character posters from the upcoming film Sye Raa Narasimha Reddy, the second teaser of the film is finally out!

The film based on a real-life story of Narasimha Reddy, the teaser starts with talking about the history of the heroes who sacrificed their lives for the country like Rani Laxmi Bai, Bhagat Singh and Mangal Pandey  which is sure to give you goosebumps not just with the strong dialogues but larger than life storyline based on true events and its mindblowing screenplay with strong and fiery characters.

The teaser speaks about the untold story of Narasimha Reddy which got lost in the pages of history who fought the first battle with the British and the story aims to bring out the valour of the legend. Superstar Chiranjeevi’s magnetic look of Narasimha Reddy fighting the war against the enemies will make you feel all the more charged and patriotic.

The period drama is based on the life of freedom fighter Uyyalawada Narasimha Reddy who fought in what is known to be the first war of Independence against the British Rule in India.

Produced by Ram Charan, Excel Entertainment and AA Films in association with Konidela Productions, SyeRaa Narasimha Reddy stars the GREATEST Indian ensemble cast of all times. The film is directed by Surender Reddy and is slated to release this year.