Sridevi’s co-star from English Vinglish, Sujata Kumar, passes away due to cancer

The news was shared by her sister, actress-singer and Shekhar Kapur’s ex-wife, Suchitra Krishnamoorthi on social media. 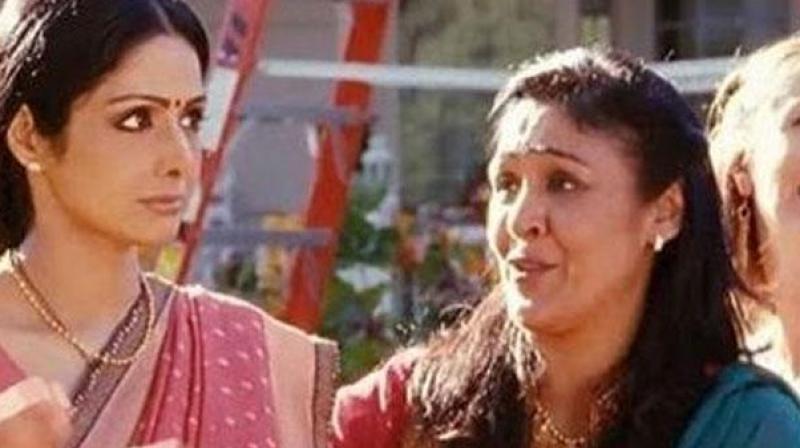 Mumbai: Sujata Kumar, known for her role as Sridevi’s sister in Gauri Shinde’s ‘English Vinglish’, passed away at Lilavati Hospital in Mumbai on Sunday.

The news was shared by her sister, actress-singer and Shekhar Kapur’s ex-wife, Suchitra Krishnamoorthi on social media.

Suchitra wrote about the grief of the ‘unimaginable void’ left by the loss as she ‘moved to a better place’ and that ‘life can never be the same.’

Previously on Saturday, Suchitra had posted about ‘somebody plunging a hard cold knife' into her heart and 'ripping the ground from under her feet' as she prayed for a miracle outside the ICU where her ‘Suzie Puzie’, ‘sister, mother and best friend’ was being treated.

According to a report in entertainment portal Spotboye, Sujata was suffering from metastatic cancer (metastasis) in 4th stage and multiple organ failure.

Apart from ‘English Vinglish’, she had also worked in ‘Guzaarish’, ‘Raanjhanaa’, ‘Salaam-E-Ishq’, ‘Gori Tere Pyar Mein’, among others.

Suchitra also revealed that the last rites were scheduled to take place at Juhu crematorium on Monday.