The actress, who walked the ramp for Neha Agarwal as her showstopper at Lakme Fashion Week, now has bagged two big projects in her kitty. 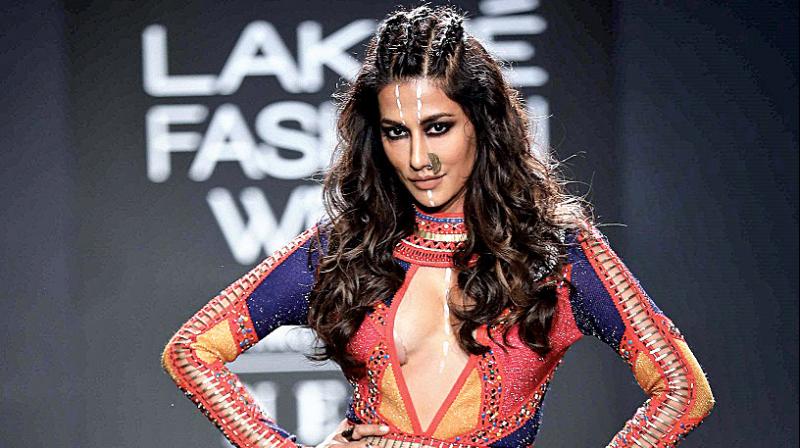 This dusky beauty has impressed audiences and critics right from her first film, Hazaaron Khwaishein Aisi. She has also had to go through her own shares of ups and downs. However, Chitrangada Singh utterly refuses to believe that racism exists in this industry. In fact, she is of the belief that some stars blow it out of proportion to “grab headlines”.

She says, “I did not face it. I don’t think Smita Patil faced it, I don’t think people back then faced it. I don’t know where this bias towards skin colours is coming from. At times I think we make it an issue to grab headlines.” She adds that Shah Rukh Khan is an instance. She defends, “Look at Shah Rukh Khan. He is a dusky guy. He has been handsome right from day one. People just look for reasons to make an issue.”

The actress, who walked the ramp for Neha Agarwal as her showstopper at Lakme Fashion Week, now has bagged two big projects in her kitty. She will now be seen in Baazaar and Saheb Biwi and Gangster 3. The actress admits that it was all about timing. “It’s all about timing. I am sure you don’t get everything tailor-made. I think it is important to work for a good director. I rather wait instead of adding another number to my list of films.”

It was only recently that Chitrangada was accused of suddenly walking out from the film Babumoshai Bandookbaaz; and not returning the money that she was paid to essay the role. The actress, who chose to keep mum on this issue, finally breaks her silence. She says, “I didn’t want to talk about it because their film is releasing. I wish them all the best. I did have differences with the director at that point and that’s between the two of us. I don’t think we should go on and on about it.”