The film has got its CBFC certificate back in the day, so I don’t think we need it again: Amul 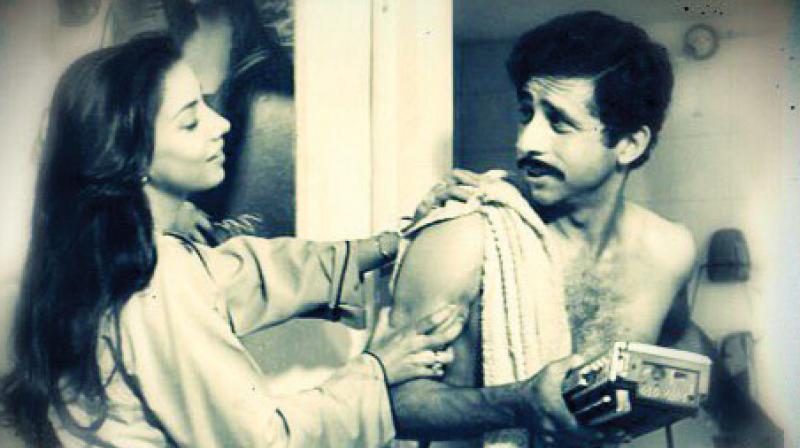 Lyricist-director Gulzar’s unreleased film Libaas is all set to get a commercial release after 29 long years of wait. Directed by the legendary filmmaker, Libaas was set for release in 1988 but it didn’t see the light of the day due to internal differences between the makers the film.

Now, Vikas Mohan’s son Amul Vikas Mohan has decided to flag the film, and is eyeing to release it  by the end of this year. He also reveals that the film is very relevant to today’s date and time.

“Once you see the film or the trailer which we will launch soon you will realise that it’s very relevant. I have seen the film and I was surprised. It is ahead of its times even though it’s an old movie — it’s shocking that how relevant it still is,” says Amul.

Directed by Gulzaar, Libaas stars Naseeruddin Shah and Shabana Azmi who have delivered hits like Sparsh (1980) and Masoom (1983). RD Burman lent his expertise for the film. Amul says the film got ‘U/A’ certificate back in the day. He says, “The film has got its CBFC certificate back in the day, so I don’t think we need it again. We are speaking to the CBFC members whether we need to get it again but as far as we know we don’t have to get it done again.”

Currently, Amul is busy locking the release date for the film. He says, “We are contemplating a couple of dates. We will announce it soon. It will be a proper commercial release. I can’t comment on the number of screens right now. We will not release our film when there are other films coming in. So release date is very important to me.”