Alia Bhatt and Varun Dhawan avoid each other

Alia and Varun bonded pretty well at the recent IIFA awards as well, but they do not want it to reflect on the big screen for the time being. 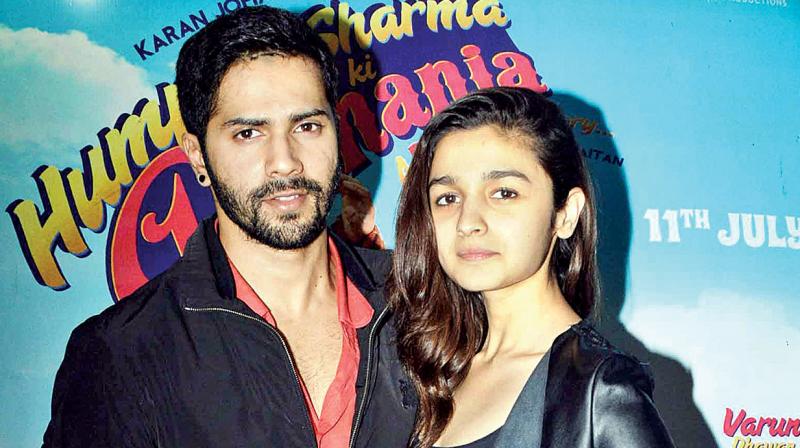 Why are Alia Bhatt and Varun Dhawan staying away from being cast in movies together at the moment? Despite giving three hits with Student Of The Year and the Dulhaniya series, buzz is that the two are avoiding working together.

Alia and Varun bonded pretty well at the recent IIFA awards as well, but they do not want it to reflect on the big screen for the time being. Initially, it was being speculated that their mentor Karan Johar had asked them to stay away from the limelight, to keep the magic of their pair alive. But now the actors are giving completely different reasons.

“Both Alia and Varun feel that they are being repeated too often. Varun has done around eight films and Alia has done nine films till date and they have three credits together. So they want to ensure that they take a break for a while from each other till there is a film good enough for them to be cast together,” informs our source.

Well, that is a fine thought as long as they do a good film together soon. For the moment, with both Alia and Varun’s diaries being packed till early 2019, it will be a while till they come together again.