Lovebirds Tiger and Disha showed their relationship is intact as they stepped out for dinner date, amid rumors of breakup. 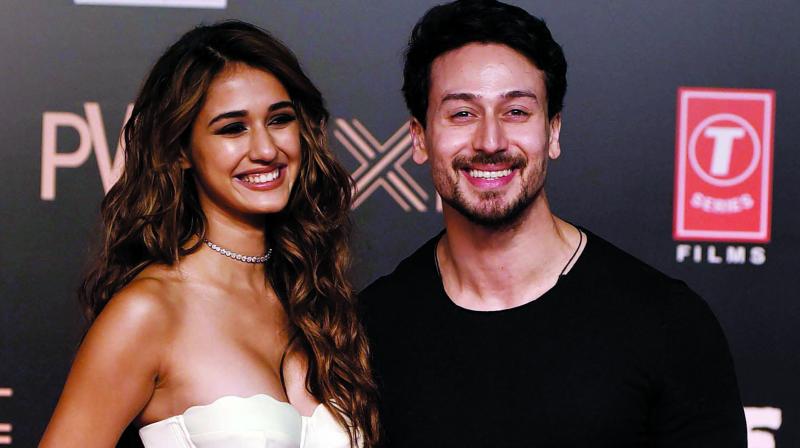 Mumbai: Tiger Shroff and Disha Patani showed their relationship is intact as they stepped out for dinner date on Thursday night. The 'Baaghi 2' stars were spotted at their favorite restaurant, Bastian in Mumbai.

Last month, a report published in Pinkvilla stated that the 'Baaghi 2' duo decided to part ways. “Tiger and Disha’s relationship has seen some really tough times in the last few weeks. They have decided to go their separate ways and have officially broken up now. The decision to call off their relationship happened mutually a few weeks ago. Both Tiger and Disha and people around them had seen it coming,” the report quoted a source.

Interestingly, Tiger and Disha arrived in the same car, and appeared to be in jovial mood as they smiled in front of the paparazzi. While Tiger was wearing a casual white T-shirt and blue jeans, Disha wore a blue dress along with white sneakers.

Take a look at the pictures from Tiger and Disha's dinner outing here:

Reportedly, Tiger and Disha have been in relationship since 2016, but the couple never confirmed their romance publicly.

Tiger and Disha were appeared together in the blockbuster film 'Baaghi 2'. On the work front, while Tiger is currently busy with movies like 'Baaghi 3' and 'WAR', Disha is shooting for Mohit suri's 'Malang' alongside Aditya Roy Kapur.