The movie, based on a true story of India's mission to Mars, is about ordinary people achieving something extraordinary. 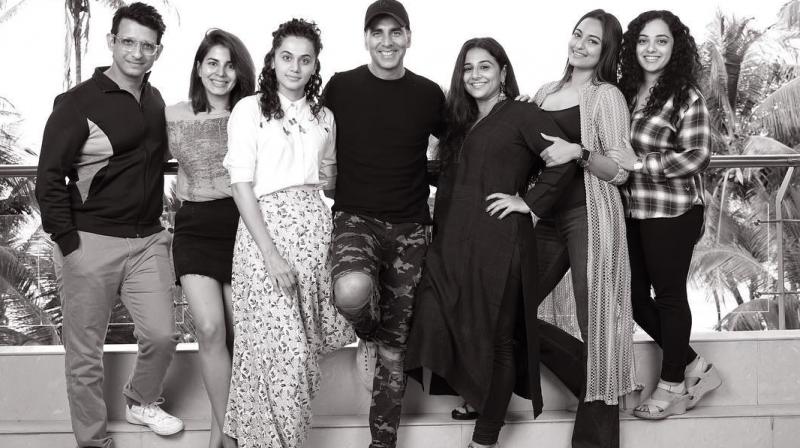 The cast of Mission Mangal.

Mumbai: ISRO, which is all geared up for its most ambitious space mission, Chandrayaan-2, is going into raptures for the Akshay Kumar starrer 'Mission Mangal.'

The flick's trailer that dropped on Thursday did not only impress the audience but also left ISRO with admiration for the incredible portraiture of its team.

Singing praises for the trailer, the official handle of Indian Space Research Organisation tweeted, "#MissionMangalTrailer beautifully shows the glimpses of emotions and passion with which #TeamISRO works."

As #ISRO prepares for landmark launch of #Chandrayaan2, #TeamISRO wishes @akshaykumar all the best for #MissionMangal and all his future endeavour

The movie, based on a true story of India's mission to Mars, is about ordinary people achieving something extraordinary.

'Mission Mangal' is directed by Jagan Shakti and presented by Fox Star Studios.
Produced by Cape of Good Films, Hope Productions, and Fox Star Studios, the film is scheduled to land in theatres on August 15, 2019.