Interestingly, Varma’s film will focus only on Dutt’s arrest in connection with 1993 blasts and for possessing an AK-56 rifle. 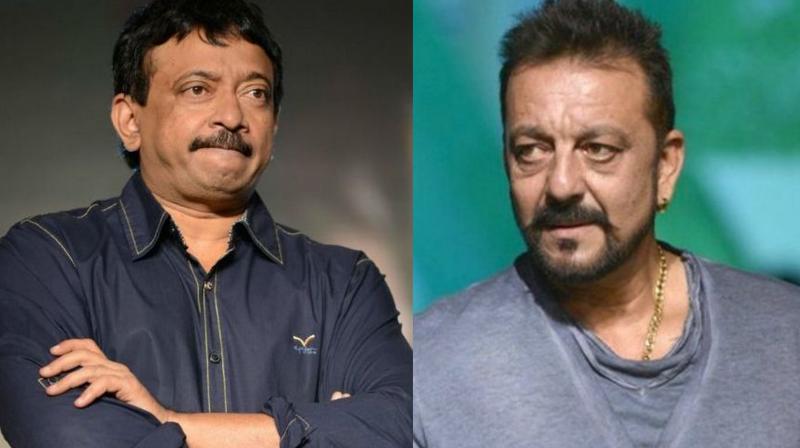 Mumbai: Ranbir Kapoor starrer Rajkumar Hirani’s 'Sanju' has been a runaway hit, but the film has been severely criticised for whitewashing superstar Sanjay Dutt’s life. And now filmmaker Ram Gopal Varma is planning another Sanjay Dutt biopic, which promises to put an honest perspective on Dutt's controversial life. The project is tentatively titled as 'Sanju: The Real Story'.

Interestingly, Varma’s film will focus only on Dutt’s arrest in connection with the 1993 blasts and for possessing an AK-56 rifle.

A source close to RGV told Mumbai Mirror, "Varma's film will focus only on his possession of the AK-56 rifle by the 59-year-old actor."

The 'Sarkar' director confirmed the news to Mumbai Mirror. "Yes, I'm making the film," he said.

According to a source, RGV watched Hirani's 'Sanju' and loved it, but was disappointed with the manner it dealt with Dutt's struggle with drugs and his brush with the law.

"That Dutt was doing drugs, was traumatised by his mother's battle with cancer [she died just three days before the release of his first film Rocky], had multiple flings, many of them one-night stands, is all well documented," says the source, adding that the audience and fans would like to know inside information on the controversy which traumatised Bollywood superstar for over two decades.

Sanjay Dutt and Ram Gopal Varma have worked together in two films: 'Daud' and 'Department'.