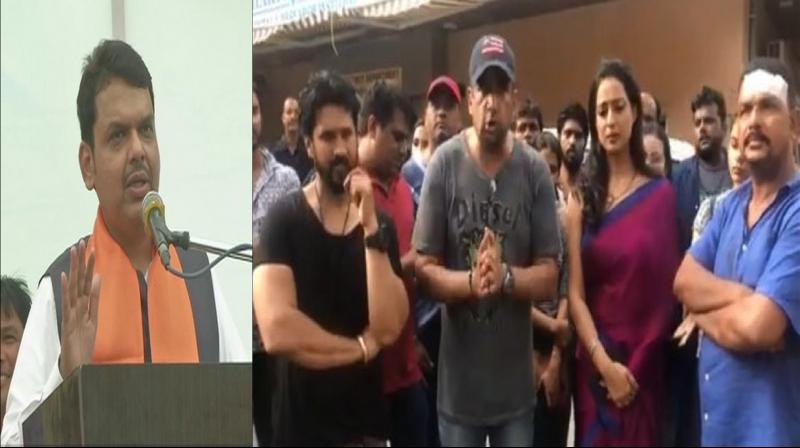 Mumbai: On Wednesday, Soham Shah, Mahie Gill and team Fixerr were attacked by four notorious goons at Mira road. Reportedly, the cast and crew of the ALTBalaji show were manhandled and beaten by the goons.

Hence, the team Fixerr has now planned to meet Maharashtra Chief Minister Devendra Fadnavis with regards to the attack. As per the report of CineBlitz, the team has got an appointment for June 20 morning.

Also Read | Mahie Gill and her crew attacked by goons during the shoot; watch the video

Speaking about the meeting, Fixerr producer Sakett Saawhney told CineBlitz, "Ashoke Pandit, Federation of Western India Cine Employees, the Producers Association and everyone has come out and supported us. The police have also taken cognizance of the matter and are investigating it now. They are also now under pressure from the public. We are also meeting the CM, Devendra Fadnavis at the Vidhan Bhavan today (June 20). We have a meeting at 10.45 am. If he has agreed to meet us at such short notice that means he’s taken cognizance of the incident. Let’s see what happens now!”

Notably, the team Fixerr didn't file a police complaint. Revealing about the same, Sakett Saawhney said, "We took a conscious decision of not filing a complaint. If we go to the cops, at best, the culprits will be arrested and they will be out on bail tomorrow. For the next 5 – 6 years, we will be going to these court hearing at any random hour. Every time we will have to fly out for an outdoor shoot, we will have to submit our passports and ask for permission. We will be treated as those culprits. So we decided not to file a complaint but put out this video. And with the help of a few guys and all of you, the video has gone viral and it has been noticed.”

Let's see what happens next!