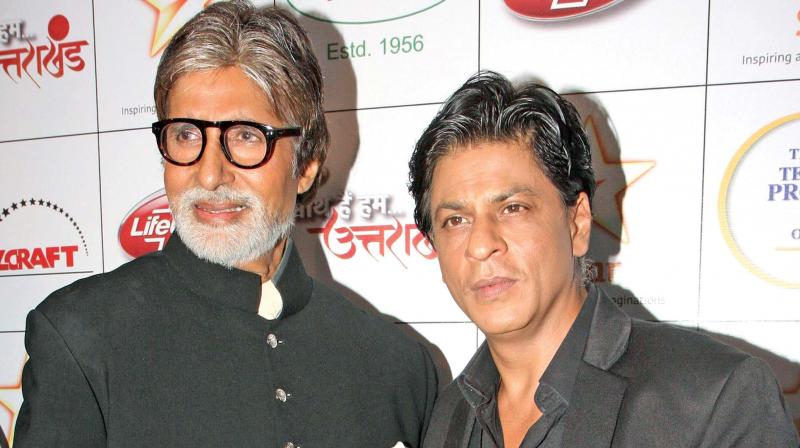 Mumbai: Superstar Shah Rukh Khan will be teaming up with Amitabh Bachchan after almost a decade, this time as a co-producer for the megastar's upcoming crime-thriller 'Badla'.

Khan will be co-producing the film through his Red Chillies Entertainment along with Sunir Kheterpal and Akshai Puri, Azure Entertainment.

Directed by Sujoy Ghosh, 'Badla' also features Taapsee Pannu and is an official remake of the 2016 Spanish film 'Contratiempo' also known as 'The Invisible Guest'.

The shoot of the movie started in Glasgow, Scotland today.

"When you get an actor like Mr Amitabh Bachchan, half your battle is won. He is every director's delight and I am very excited to direct him. Also I have been trying to work with Taapsee for a while and this is the perfect story to collaborate with her," Sujoy said in a statement.

"And above all my excitement is doubled that it is produced by SRK. Couldn't have asked for a better team and now it is time for work," he added.

Khan and Bachchan were last seen sharing screen space in the 2008 hit 'Bhoothnath'.