After a considerable drop on Monday, the action thriller entered single-digit figures for the first time a day later. 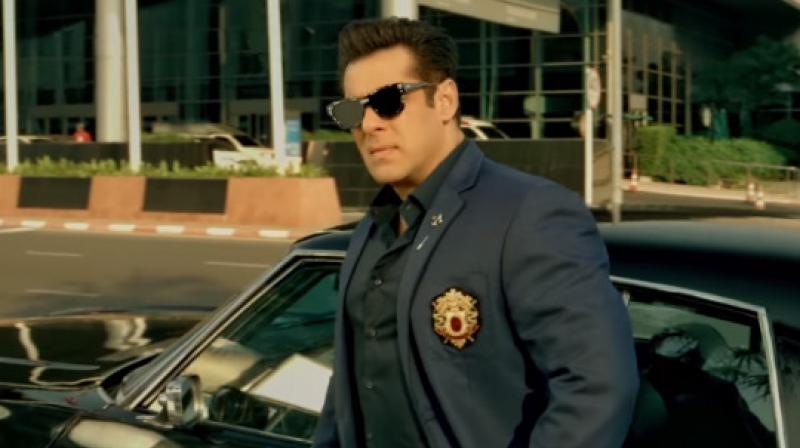 Salman Khan in a still from ‘Race 3.’

Mumbai: Salman Khan was often known as ‘critic-proof’ at the box office, though the tag couldn’t be justified for two of his ventures ‘Jai Ho’ and ‘Tubelight’.

And now it seems ‘Race 3’ is also following in the footsteps of the two ‘flops’ (by Bhai standards) at the box office.

Despite a majority of negative reviews trickling in for the action thriller, ‘Race 3’ crossed the century mark in the opening weekend itself.

Monday witnessed a drop of more than 50 per cent vis-à-vis Friday’s, collecting Rs 14.24 crores, but it was still termed ‘steady’ and passing the crucial test of the day by experts.

But the poor word-of-mouth seems to be kicking in for the film as it witnessed a bigger drop on Tuesday, landing into single-digit figures for the first time, with only Rs 9.50 crores coming in.

The total now stands at around Rs 130 crores and with further drop expected on Wednesday and Thursday, reaching the Rs 150-crore mark in the opening week seems uncertain.

And in that case, the 200-crore mark looks less likely too.

The budget of the film is said to be over Rs 100 crores, some claiming it to be Rs 150 crores, so anything less than Rs 200 crores should actually be unimpressive.

And fans who expect nothing less than Rs 300 crores from a Salman-starrer would be a disappointed lot.

The makers would, however, recover their costs and make profits due to the price it has fetched for satellite, music, digital, overseas rights, but distributors could face losses in several circles.

After ‘Tubelight’ last year and this one, it seems Salman’s monopoly of Eid is not fetching him the best returns, primarily due to the poor content of the two ventures.