Prabhas arrived in Mumbai recently and had a fun time recreating the iconic Katappa-Baahubali moment with this actor. 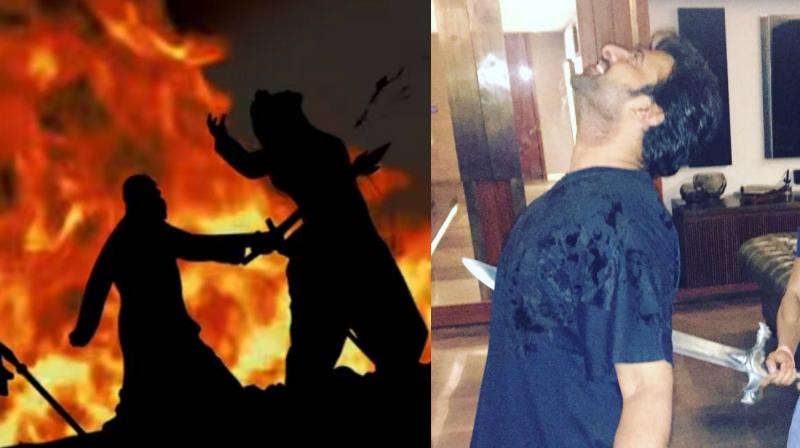 Mumbai: The mystery behind Kattapa killing Baahubali may have been resolved, but Varun Dhawan still seems to be smitten by the iconic moment as he recreated it with 'Baahubali' star Prabhas.

Prabhas, who was holidaying in the US post the release of 'Baahubali: The Conclusion' is back to the country, and recently met the Bollywood actor.

"#bahubali. Did only what #katappa did before this. #Prabhas is a really cool down to earth guy more power to him (sic)" Varun, 30, tweeted along with the picture of him playing Kattapa to Prabhas' Baahubali. Both the actors were colour co-ordinated in blue.

#bahubali . Did only what #katappa did before this. #Prabhas is really cool and down to earth more power to him but iv got his sword now. pic.twitter.com/2EtAl98b1D

'Baahubali 2' which released on April 28 became the first Indian film to cross Rs 1,500 crore at the box office.