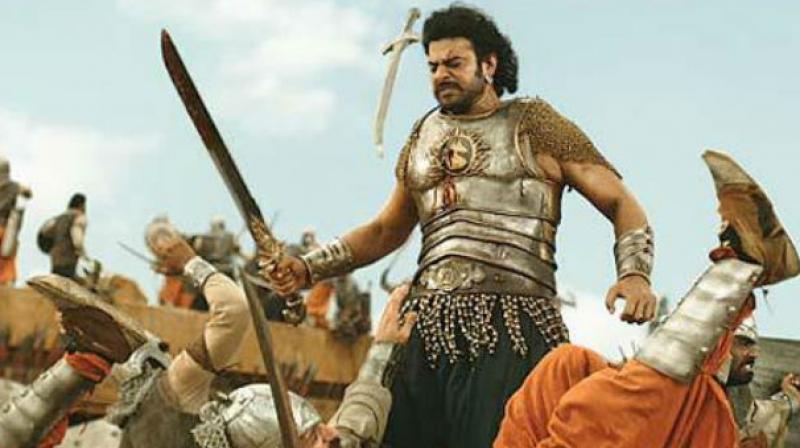 Prabhas in 'Baahubali: The Conclusion.'

New Delhi: To celebrate 70 years of bilateral relations between India and Russia, the 39th Moscow International Film Festival, for the first time, will feature a section dedicated to Indian cinema.

'Indian Panorama' at the international film festival will showcase some of the path-breaking films from the Indian film industry including the 'Baahubali' series, 'Badman', 'A Death in the Gunj', 'BeyYaar', 'U Turn' and 'Kothanodi'.

Organised by the Ministry of Culture of the Russian Federation, the specially curated festival scheduled to be held from June 22 -29 will open with 'Badman' starring veteran Bollywood actor Gulshan Grover.

"It is not an average, ordinary film. It is the first Indian 'mockumentary' with all the Bollywood settings.

"The audience in Russia will have an opportunity to see some great works of creative brilliance by master Indian filmmakers by way of these iconic Indian movies which will go a long way in strengthening the bonds of friendship between the two countries via cinema," Grover said.

Grover along will S S Rajamouli, director of the Baahubali series, will be present at the festival in Moscow to represent the Indian film fraternity amongst a galaxy of film stars from Russia and across the world.

Rahul Bali, who has co-curated the Indian Film Festival World Wide (IFFW) that organises Indian film festivals across the globe, said the Indian films set to be screened at the festival have been chosen based on their languages to represent different parts of the country.

"We would be showcasing seven award-winning Indian films in six different languages - Assamese, Bengali, Kannada, Telugu, Gujarati and Hindi to mesmerise the world audience with the magic of Indian cinema and spreading the fragrance of India in Moscow.

"The Indian Panorama is unique and first-of-its-kind due to its sheer reach across the Russian mainland. With a spectacular amalgamation of life, festivity, fashion, films, music and culture, we are ready to bring the feel of India alive in Russia, taking the Indo-Russian friendship to the next level," Bali said.