'I think her choice is great': Saif clarifies his recent comments on daughter's film debut

The actor says that he is not unhappy about Sara's debut as was reported by many and is just a little concerned. 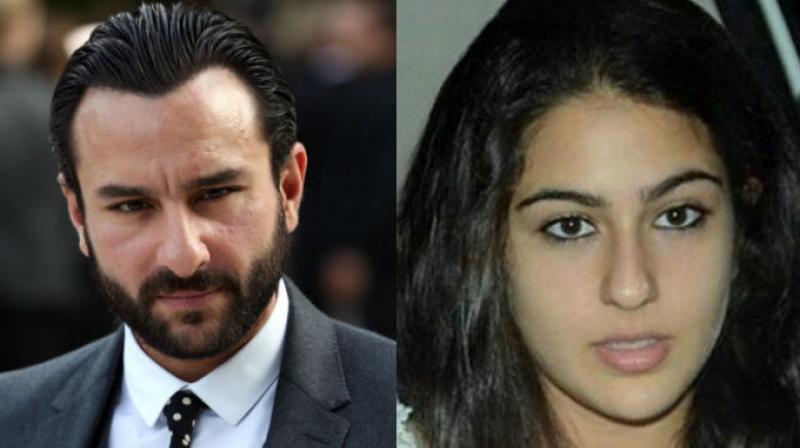 Mumbai: Actor Saif Ali Khan is excited about daughter Sara's movie debut and says the only advice he has given to her is to read a script properly.

The 24-year-old star kid is set to make her debut in Bollywood with director Abhishek Kapoor's  ‘Kedarnath' opposite Sushant Singh Rajput.

Asked what advice he would give to Sara, Saif said, ‘I would say read a script properly... that's always good. I think Sara is a very bright girl... She is well educated and has got a nice mind.

"She has a lot of well wishers around her... from her mother (actress Amrita Singh) to me, Karan Johar to everybody. She can seek advice from anybody. I am very happy that she is doing something she is passionate about and it's a beautiful job."

It was earlier reported the 46-year-old Bollywood star was concerned about her becoming an actress but Saif said his comments were twisted.

"It's annoying when you give a nice interview and people pick up one line and talk about it, it's irritating. I support my daughter and I love her. I think her choice is great.

"Of course, she is an actress and she comes from a family of artistes. I am still a little concerned for her as it's an unsure profession. I love her so I worry for her."

Saif was talking on the sidelines of the IIFA press conference here.

Karan Johar, who was present at the event, said Saif's concerns about his daughter are justified.