Farhan tweeted in an apparent reference to multiple BJP leaders who were seen misquoting historical facts during their rallies. 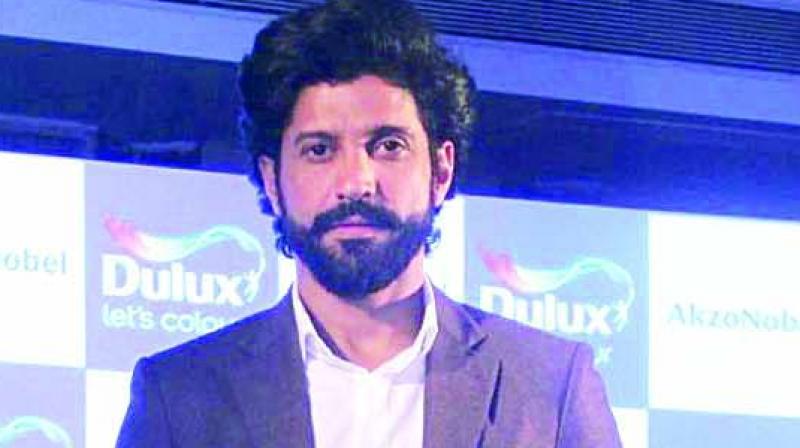 New Delhi: After being mocked and trolled by multiple social media users for his tweet asking people not to vote for Sadhvi Pragya, after elections in Bhopal were over, Farhan Akhtar hit the trollers with an epic comeback.

"Humne taareek galat samjhi toh galaa pakad liya, Jisne itihaas galat samjha use galey laga rahe ho" (I got the date wrong and was held by the neck, but those who got history wrong are being embraced by all of you)," Farhan tweeted in an apparent reference to multiple BJP leaders who were seen misquoting historical facts during their rallies.

Long before the 2019 Lok Sabha elections polling started, Prime Minister Narendra Modi requested B-town celebrities to urge their fans to vote. Following his appeal, many celebrities flooded social media encouraging their followers to exercise their franchise. Farhan Akhtar too joined the initiative but was a little too late.

Earlier today Farhan posted a tweet, where he not only urged them to vote but also made an appeal to voters of Bhopal to vote against BJP's Pragya Thakur, unaware of the fact that the parliamentary constituency had already voted in the sixth phase of polls on May 12 last Sunday.

Hawk-eyed Twitter users couldn't have spared the actor for his faux pas. They were not only quick in pointing out the delay but also slammed the actor for his reference to the Bhopal Gas Tragedy, one of the world's worst industrial disasters which claimed around 15,000 lives.

"Making fun of Gas tragedy and it's victims. #Shameless," wrote a user.

"Change your internet connection. Your tweets are taking 10 days to be published," read another tweet.

Another user wrote, "These guys are so cut off from reality."

Despite the flurry of replies and merciless trolling, the "Rock On!!" actor is yet to issue take down his tweet or issue a correction.

Four hours after he put up the post on the micro-blogging website, it had garnered over 2,400 retweets and 12,000 likes.