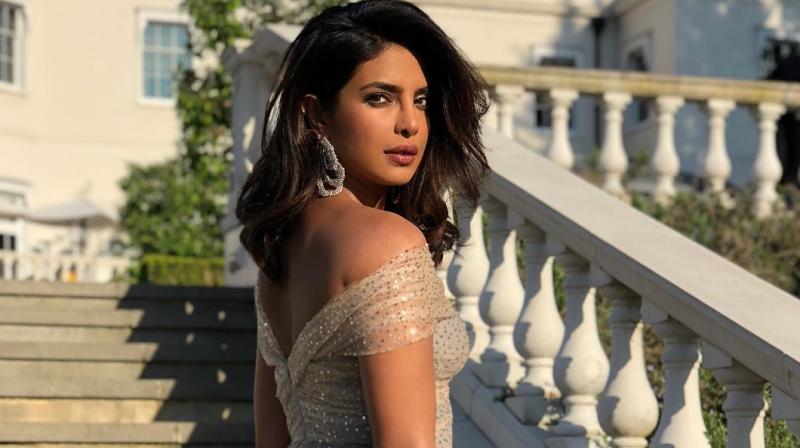 Bollywood-Hollywood actress Priyanka Chopra was preparing for the wedding early in the morning and shared a photo which appeared to be the wedding dress, but it appears that everyone was wrong about that. The dress was rather her wedding reception dress.

Meghan achieved popularity through ‘Suits’ and even though Priyanka arrived at the wedding with some of Meghan’s former co-stars, looking splendid in a lavender Vivienne Westwood skirt and blazer combo paired with a classy hat, she chose to go solo for the reception.

Priyanka made friends with Meghan as they both supported women on various platforms over the years. On a TV show, when Meghan was called Prince Harry’s girlfriend, PeeCee corrected the host saying ‘Suits’ actress.