Salman Khan recently unveiled the trailer of his upcoming film ‘Race 3’ with his team at grand event in suburbs. 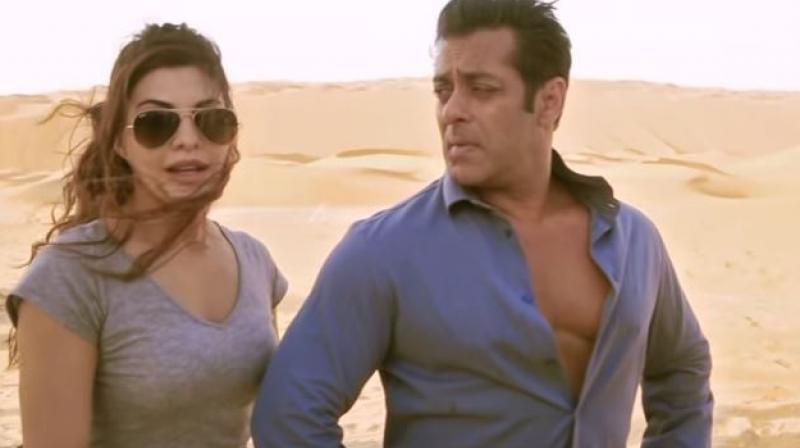 A screenshot from the video.

The team has just begun the promotions of their film with a bang! After unveiling the first song ‘Heeriye’ which sees Jacqueline’s pole dance and Salman’s cool moves, they released a video where Salman has turned the director of the film, Anil Kapoor became the cameraman, Jacqueline Fernandez remained the actress, Daisy Shah became art director, Saqib Saleem became the lightman and Bobby Deol turned the costume head.

Jacqueline landed in a chopper, guiding whether the shot taken is good or not, and guess who the star was? The director of ‘Race 3’ Remo D’Souza! He asks the fans to not trust anything in ‘Race 3’. Watch the video here:

‘Race 3’ is the third instalment of ‘Race’ which was directed by Abbas-Mustan and starred Saif Ali Khan in the lead role.