Karan unveiled the trailer of one of his upcoming films, actually the short film ‘Lust Stories’ recently. 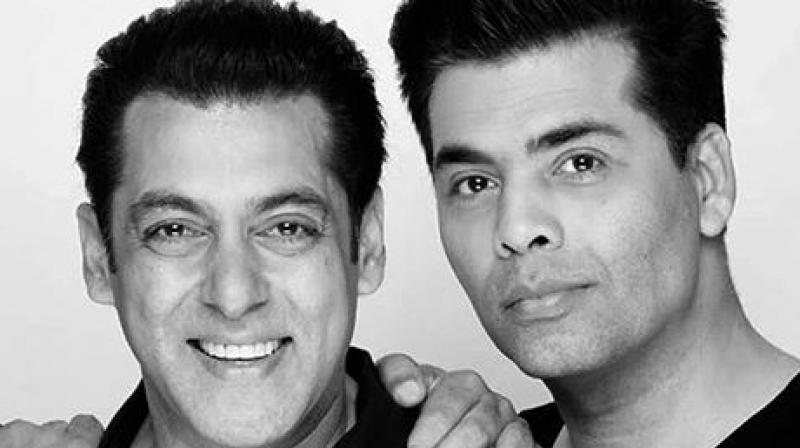 Karan Johar and Salman Khan in a photoshoot.

Karan Johar – the name is enough as he has given Bollywood some huge movies (including ‘Baahubali’) to cherish. Every Bollywood star longs to work with him as his movies almost always have sureshot blockbuster elements. Karan has written history and still continues doing that, but the filmmaker feels that he’s not in a position to fight superstar Salman Khan.

Karan unveiled the trailer of one of his upcoming films, actually the short film ‘Lust Stories’ (sequel to ‘Bombay Talkies’) recently, where he actually said he cannot compete with Salman.

Karan added, "Hamari woh aukat hi nahi hai to fight with Salman Khan or ‘Race’. We are actually four very happy filmmakers who've made a tiny little film, which we're very gratified to Netflix for, who've accepted our film with open arms. We're not competing with anyone. We don't have the right to compete with the magnitude of Salman Khan. I mean ‘Race’ is like... I probably will be going to watch ‘Race’ on (June) 15 and not ‘Lust Stories’."