How Karan moved from love to lust

It looks like Karan Johar is exploring other emotions apart from love. 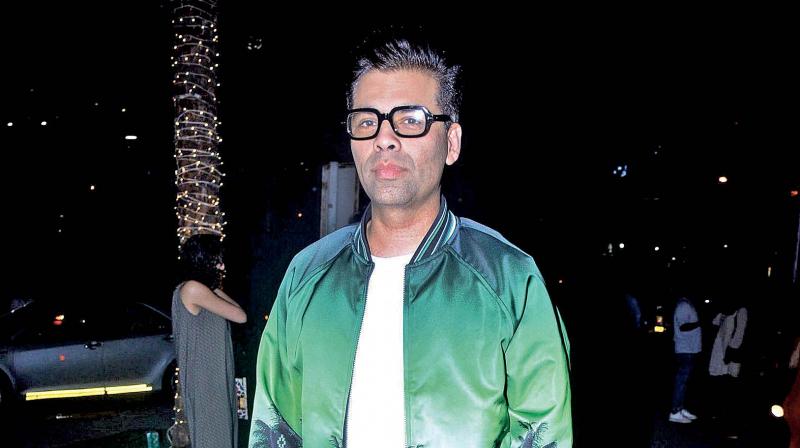 It looks like Karan Johar is exploring other emotions apart from love. The director is known to create memorable onscreen romances, but now, he is all set to explore the emotion of lust in the upcoming Netflix web series Lust Stories. Along with Karan, Zoya Akhtar, Anurag Kashyap and Dibakar Banerjee will help direct the series while Ronnie Screwvala will be producing it

Talking about why this particular emotion was chosen for the series, Karan says, “When you give a choice between the words love and lust, most sensible people will choose lust. Lust is infinitely more exciting than what love is. It’s a more popular four-letter word to live life by. That’s what we chose in making these films.” However, the director is quick to add that ‘there is embedded love in lust’. Karan also says that his film in the series will focus on a man’s and a woman’s experience of pleasure. “My film is about seeking pleasure. It’s not just a man’s prerogative to seek pleasure. It’s also a woman’s right,” says the director.

The We are Family director also feels that lust has been depicted incorrectly for so many years. “Lust has been portrayed badly on the big screen and no one has shown lust or hawas in a sensitive manner. It is also an expression and emotion. Love and lust can co-exist; if it is portrayed in an insensitive fashion, there can be negative repercussions on society. We should try to see lust as an emotion, like we see love, and deal with it sensitively,” says Karan.

Zoya Akhtar, who will also be contributing to the series says, “My story is about love and lust and is in the context of class in India. The film is about the way we perceive it and how we are attracted towards it.” Talking about his story, Dibakar Banerjee says, “My story is about lying and infidelity; lying and wanting to tell the truth but not being able to. It is about being hopelessly attracted to someone.”