One more production firm has popped up claiming rights to the film based on its multi-film deal with one of the film’s producers. 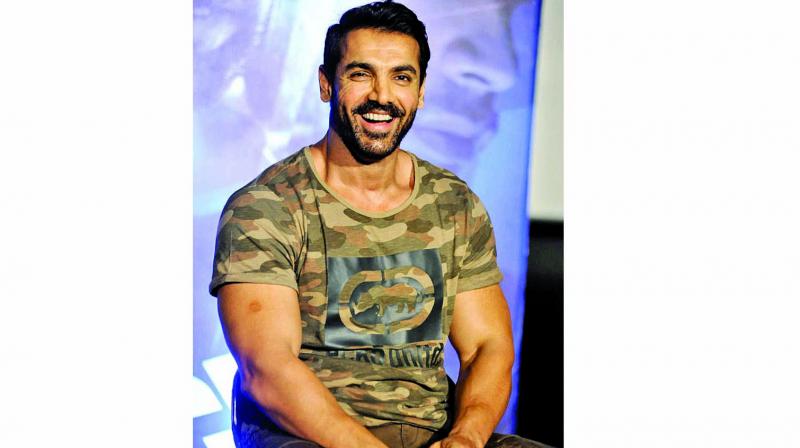 John Abraham-starrer, Parmanu, has hit yet another controversy, three days after a slugfest in Bombay High Court between the producers over monetary issues. One more party has come out claiming to have paid producer Prernaa Arora’s KriArj Entertainment (one of the producers of Parmanu) a large sum of money towards production of multiple films being made under its banner.  The company, Gothic Entertainment, has sent a notice to Essel Vision (Zee) and KriArj, staking its claim to rights over Parmanu, based its investment.

“The notice has been sent by a Delhi-based law firm on behalf of Gothic Entertainment. It says that the company paid Prernaa’s company a sum of Rs 12.25 crore towards production of multiple films, one of them being Parmanu. This comes as a complete shocker to all concerned, as this fact had not been revealed during the court hearings so far,” says a source working on the film.

The notice is marked to Essel Vision and copied to John Abraham’s JA Entertainment and Vashu Bhagnani’s Pooja Entertainment. It was recently announced that Vashu would be investing Rs 200 crore in KriArj Entertainment, which is why he, too, has been marked on the notice. A quick search online shows that Gothic Entertainment was earlier involved in the production of Nawazuddin Siddiqui’s Bandookbaaz Babumoshai.

When we reached out to lawyer Jaya Goyal, she refused to comment, saying, “As the matter is still at a very initial stage, I would not like to say anything.” Our sources, however, assert that the notice claims ownership of various rights to the film that has been acquired by Zee following its deal with KriArj.

Just days ago, the Bombay High Court had brokered an understanding between JA Entertainment and Kriarj where the latter would have to pay JA Entertainment Rs 5 crore towards the production of the film, as had been agreed by both the parties in the first place. John Abraham will then start working on the release of the film.

With the new twist in the tale, it looks like things are only getting more complicated for the film and its producers.

Another party has come out claiming to have paid producer Prernaa Arora’s KriArj Entertainment a large sum of money towards production of multiple films being made under its banner.  The company, Gothic Entertainment, is staking its claim to rights over Parmanu, based its investment