Imtiaz has a trend to work with establish stars after Socha Na Tha, says Abhay Deol 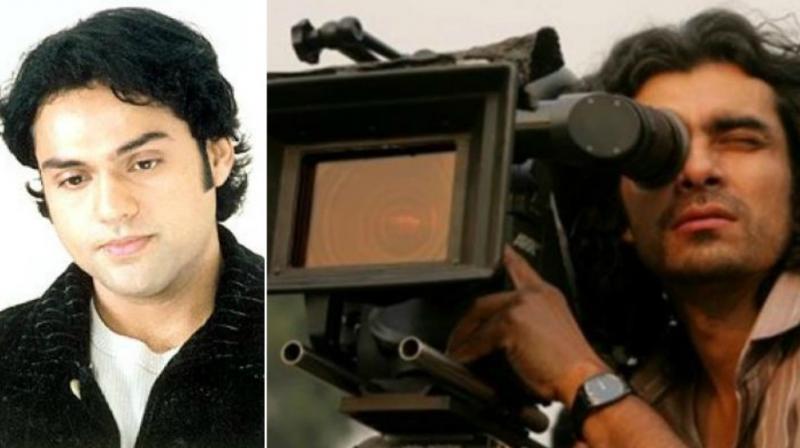 Abhay Deol in a still from 'Socha Na Tha'; Imtiaz Ali on a movie set.

So you're back with yet another unconventional comedy…

Considering you are reserved, how did you manage on the sets with your co-actors?

It was pretty good with them. When you see people working hard on a film, you naturally leave your stardom behind; you can’t be cold or rude to anyone on the sets. What I find funny is that I am a quite person and seeing that people automatically get intimidated. I don’t really get angry, I just stick to myself. I have known Faraz Haider (director) for long now and Manu Rishi too, so that made it easier.

How do you maintain to choose unconventional films keeping commercial element alive?

I would say, most of my films are middle of the road. Be it Socha Na Tha, Zindagi Na Milegi Dobara, all have the trapping of good content but more on the commercial side to them. I do few films because I want to support them. I don’t care whether they will earn money or not - until they are being made, I am happy. For me relatability is very important. I don’t like to play larger than life roles on screen. For that matter, Nanu Ki  Jaanu is in the dark humour space. Humour is all about tragedy. It is really a tragic film. The approach is slightly mainstream but it is a superficial aspect.

Why didn’t you ever work with Imtiaz Ali after your debut Socha Na Tha?

Films are the director’s medium. If he would have something for me, he will come to me but he has a trend to work with the establish stars after his first film. You must have seen his most of the films with Ranbir Kapoor, Shahid and the recent one with Shah Rukh Khan.

Your thoughts on Happy Bhaag Jayegi 2…

If the makers want me to be a part of the second franchise, I would love to do it but they have to ask me at the first place. Mostly it would be a cameo if ever they will call me. I had a great experience working with Mudassar Aziz on the first one and Anand is dear to me - they are like family.

What is your plan of action hereon?

I have couple of good films lined up to release this year. I will be starting three films this year and two probably early next year. I am going to complete JL 50 by the end of this month. It is a science fiction drama under Canadian production. I am also acting and co-producing a Tamil film. So, I am really busy but it is fun working on such exciting projects.