In the film, Abhishek, who is left-handed in real life just like his legendary father, will play a quirky character nicknamed Lefty. 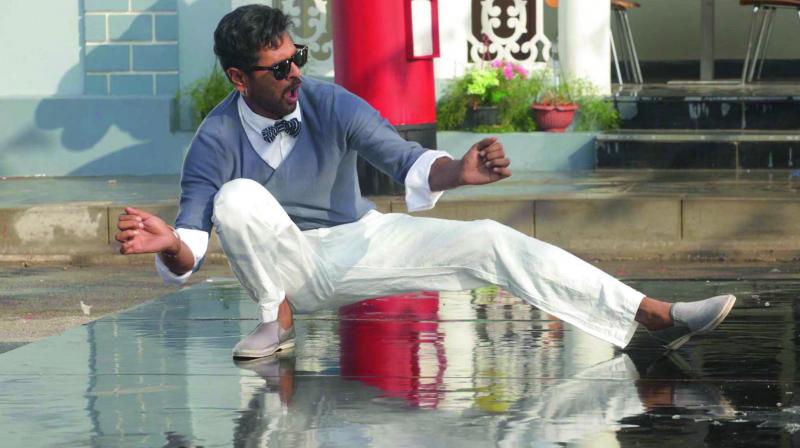 Prabhudeva’s next directorial venture in Hindi will feature Abhishek Bachchan in a comedy titled Lefty. In the film, Abhishek, who is left-handed in real life just like his legendary father, will play a quirky character nicknamed Lefty.

Confirming the project, Prabhu says, “We’re still working on the script. Meanwhile, I am back in Chennai.”

Prabhu, who was in Mumbai for the last four years directing back-to-back Hindi films, is now back home in Chennai for a while to shoot for two Tamil films.

“For a change, I am in front of the camera again,” he says from somewhere in Tamil Nadu. “I am acting in two Tamil films. After Devi (Tutak Tutak Tutiya in Hindi), which was very popular in Tamil, I was offered a lot of acting roles.”

However, Pranhu admits he’s happy to be home for a change. “These past few years I’ve been shunting between Mumbai and Chennai, not getting to see enough of my sons. I am with them now,” he smiles. Next week, Prabhu leaves for his Dabangg world tour with Salman Khan.

Says Prabhu, “I don’t know what acts they’ve planned. But I’ll definitely be doing a solo performance and also a combined act with one of the stars.”