I was in awe of Amitabh Bachchan, says Mouni Roy

The actress undeniably agrees being intimidated while working with the Big B. 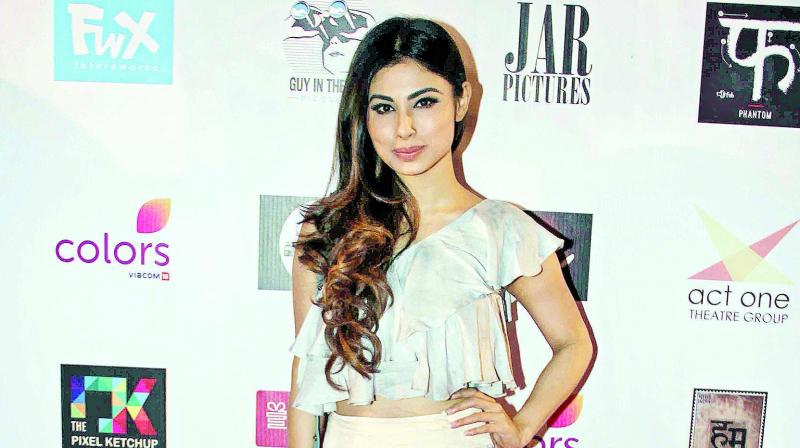 Actress Mouni Roy, who started her career with popular television series Kyunki Saas Bhi Kabhi Bahu Thi in 2007, is having a good time in Bollywood. After making her Bollywood debut last year with Gold, where she was seen opposite Akshay Kumar, Mouni is doing about four films this year —Brahmastra, Romeo Akbar Walter (RAW), Made in China and Bole Chudiyan. While one sees her opposite Nawazuddin Siddiqui, others see her alongside Rajkummar Rao, John Abraham and Amitabh Bachchan.

Talking about her upcoming films, Mouni says that she considers herself lucky. “I consider myself very lucky for being part of the films and that too with good filmmakers and actors. I am very thankful that all these roles have come to me,” says the 33-year-old actress and adds, “Can you imagine working with Akshay sir, John sir and Amitabh Bachchan? Nothing can be better than this, especially since I have been here for just one-and-a-half year.”

The actress undeniably agrees being intimidated while working with the Big B. “I was like a puppy going round and round. Since I know poems written by Late Shri Harivansh Rai Bachchan like Madhushala, I was so eager to narrate it to Amitabh sir. I am such a big fan of his and not just me but everybody present on the set was saying ‘Look at him! Omg! Look at how he stands?’ You don’t get over that man. I got to work with him for a very short period of three days and I was definitely in awe of him,” says Mouni and adds that the director of Brahmastra Ayan Mukerji had to remind her to be in her character. “He was always reminding me to be in my character saying ‘You are a villain, you have to be bad’,” she adds. The actress further reveals that she is an extremely focussed and passionate villain in Brahmastra.

Mouni is also thankful that she is not getting similar roles. “Sometimes, only stereotype roles come to you but this has not happened to me. My character in RAW is extremely subtle. She is a very quiet and simple girl who works in a bank. In Bole Chudiyan, I am a typical heroine, it is full on naach-gaana type of role.”

In her personal life, the actress admits being single and says that it gives her a lot of space to breathe. “After a very long time, I feel I can focus completely on the right thing and can curb down the feverishness and restlessness. I may not categorise being in a relationship as good or bad but it (restlessness) is something that a consumed relationship may bring. Right now, I am not in a relationship so it gives me a lot of space to breathe. As I said, I am reading much more and at the moment, I am spending two hours in my flexibility training,” concludes the actress.