With political biopics releasing a week before the general elections, they are being seen as a campaigning tool to influence voters. 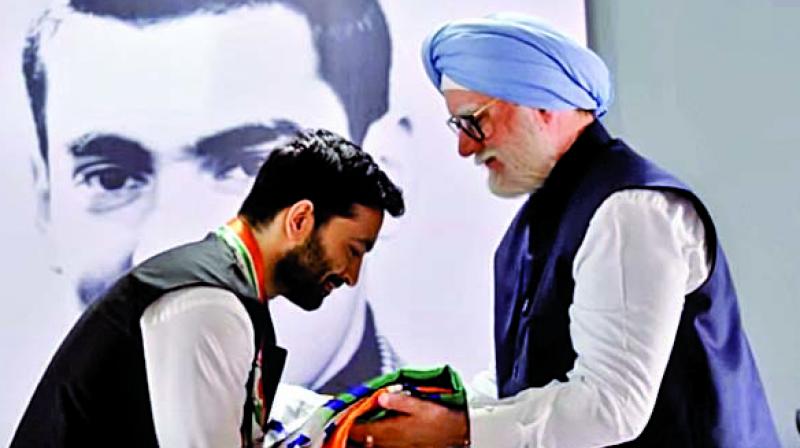 A still from the teaser of My Name is RaGa

Biopics seem to be the flavour of the season, with filmmakers enthusiastically chronicling the personal and public lives of celebrated individuals hailing from fields ranging from cinema to sports to politics. However, an upcoming biopic, titled PM Narendra Modi, has stirred up a hornet’s nest among Opposition party members because of the proximity of the film’s release date to the upcoming Lok Sabha elections 2019. The Omung Kumar-helmed film, which features Vivek Oberoi in the titular role, is scheduled to be released on April 5, approximately a week before polling begins. Earlier, the film was scheduled to release on April 12 — a day after the first phase of polling, set to take place in 91 constituencies across 20 states. The film has evoked strong criticism from the National Students’ Union of India – Goa, the student wing of the Congress, which has urged the Election Commission to ban the screening of the film during the ‘election silence’ period, alleging that it is a propaganda film made by the ruling party to influence voters.

However, this isn’t the only biopic, made on a pivotal political leader, that is grabbing eyeballs (and raising eyebrows) weeks before the General Election.  Last month, the teaser of the Rupesh Paul directed film My Name is RaGa saw the light of day. The film is based on the life of Indian National Congress president and scion of the Gandhi family, Rahul Gandhi. The rousing (albeit badly made) trailer hints at some of the pitfalls and peaks he’s encountered in his personal life and political career. While there surely hasn’t been a dearth of biopics based on influential political leaders, Thackeray and The Accidental Prime Minister, being perfect cases in point, PM Narendra Modi and My Name is RaGa are uniquely interesting because of their timing, with many believing that they make a mockery of the Election Commission’s Model Code of Conduct, a code set in place to regulate publicity activities and Party behaviour prior to the General Elections.

However, Senior Advocate Sanjay Hegde points out how the act of releasing such films isn’t illegal under the current legislative framework. He says, “The Model Code of Conduct applies to Parties. Unless you can prove a monetary link between the producer of the biopic, and the Party in question, you cannot apply the Code. If the producer is independent and there is no proven financial link, nothing can be done. 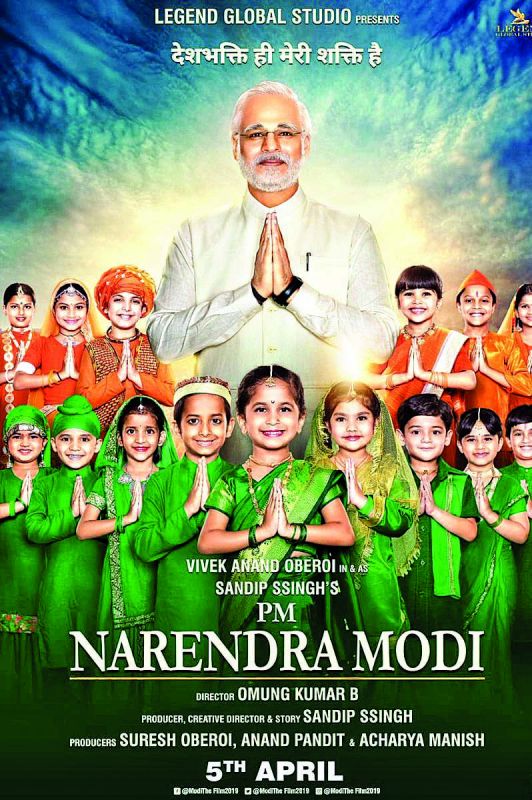 But Political Analyst, Prakash Bal Joshi, underscores how such films could easily become a part of the larger campaigning process when he says, “I’m not against biopics, directors should have the freedom to make the films they want, but the fact that both these movies are being publicised on the eve of the General Elections hints at a political motive. It will add to the already hyped up election campaigns of both Parties.” Though he feels that the Indian voter is mature enough to not be swayed by such films, he does believe that the onus of regulating such cinematic content lies with the Election Commission of India. “Over time, the Model Code of Conduct has evolved and has now even brought social media advertisements under its purview, because you cannot remain oblivious to changes happening in society. This is the first time films around two main political contenders are being publicised during election time. If somebody raises this issue with the EC, the EC will have to take note of it and evolve the Code of Conduct because such films could act as a campaigning tool. It is up to the Election Commission to take a call,” he says.

Political Analyst Abhay Deshpande shares a similar view when he says, “We can’t expect political parties to exercise restraint, because they will try every trick in the book to win the elections. However, in the future, the EC should prevent movies based on people who are active in politics to release during the period of Code of Conduct. If the EC is unable to ban this in the existing legal framework, they should include the production cost of the movie and the screening charges in the election expenditure of the Party.”

Hegde, on the other hand, suggests that while the EC could proffer the directive, the Central Board of Film Certification (CBFC) has an equally important role to play. He says, “An Election Commission taking an expansionist view of its jurisdiction could conceivably give suitable directions to the CBFC to withhold certifications during the election time period or delay the movie beyond the elections.”

However, in the absence of such directives, Ex CBFC board member, Pinky Harwani, explains why certification bodies like the CBFC choose not to stymie the publicity or release of politically motivated films. She says, “Unfortunately, the Board cannot control the director or the producer from timing their film’s release. The board is just there to limit and control abusive language, vulgarity and protect the sentiments of the Nation because we are a very diverse country.

If someone wants to release a biopic that is highly controversial, that is something the governing body cannot have a say in.” She does believe that it is up to the Indian voter to be more discerning and refrain from being swayed by such films. “We should trust ourselves as Indians to be mature enough to understand what’s going on. The audience is smart today; you cannot fool the audience. So, I think we need to give that much credit to ourselves and the voters of the country,” she avers.