Sridevi's daughter and Arjun Kapoor's step-sister Janhvi Kapoor however, will be skipping the Mohit Marwah wedding. 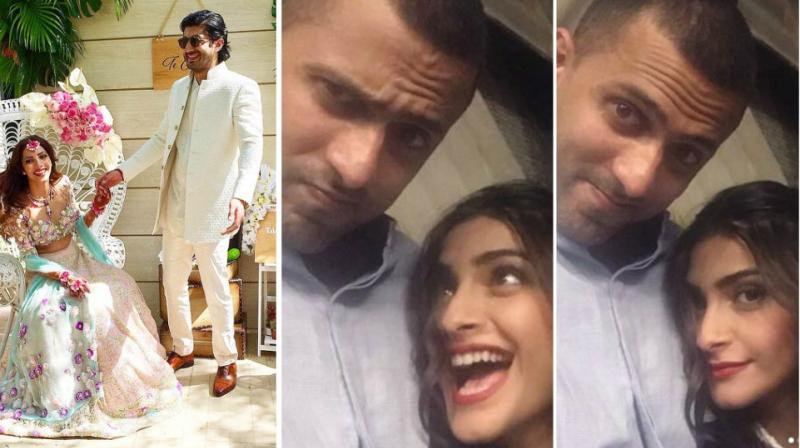 Mumbai: Mohit Marwah’s wedding has been making news for all the Kapoors are having the time of their life there. Along with Mohit’s wedding, his cousin Sonam Kapoor’s wedding has also become a talking point.

Latest reports suggest she will get married in June, which is also when her movie ‘Veere Di Wedding’ hits the theatres. However, reports of her getting engaged have been feud.

A source present at the wedding told the daily, “The wedding is taking place in Ras al-Khaimah. Abu Dhabi is a favourite destination for the Marwahs. Mohit’s brother Akshay got married in Abu Dhabi last year.”

Along with Sanjay, Arjun Kapoor too hinted at Sonam Kapoor’s wedding in a video saying, “Any cousin or relative could be getting married. We just need an excuse to wear clothes and show up and party.” Here’s the video:

And here are some more videos from the sangeet held in UAE:

Sridevi's daughter and Arjun Kapoor's step-sister Janhvi Kapoor however, will be skipping the Mohit Marwah wedding. Janhvi, according to a source on DNA, is currently shooting for ‘Dhadak’, because of which she couldn’t attend the wedding.