Is ‘Singham’ Ajay Devgn all set to join Kamal Haasan in Indian 2?

Director Shankar has been in the news for his much-awaited movies. ‘2.0’ and ‘Indian 2’. 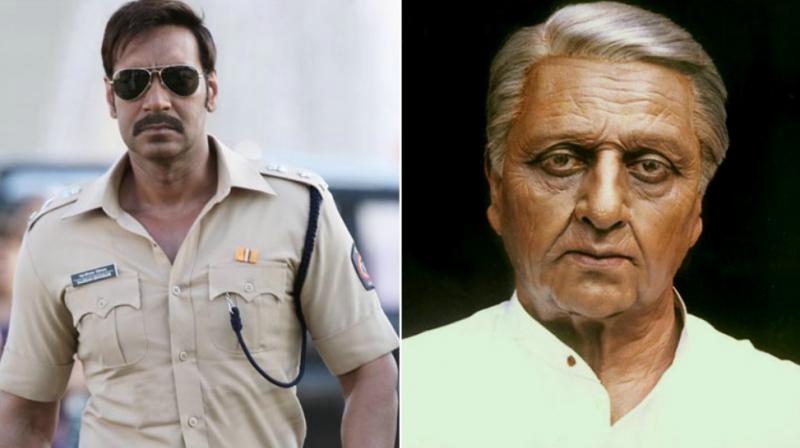 Mumbai: Director Shankar has been in the news for his much-awaited movies – ‘2.0’ starring Rajinikanth and Akshay Kumar in the lead roles and ‘Indian 2’, which will feature Kamal Haasan. Joining the actor might be superstar Ajay Devgn as a top cop, which the actor has already played in his successful franchise ‘Singham’.

“He wants Ajay to play a top cop in the sequel,” a source told DNA.

‘Indian’, the hit 1996 Tamil film Indian which saw Manisha Koirala and Urmila Matondkar as the female leads, revolved around the story of a freedom fighter turned vigilante who took a strong stand against corruption.

The film was appreciated mainly due to Kamal Haasan’s powerful dual role as father and son.