No camera tricks, Kangana is actually naked during lovemaking scenes of Rangoon

The actress had not even used a nipple tape while filming the scenes, which have been much-discussed. 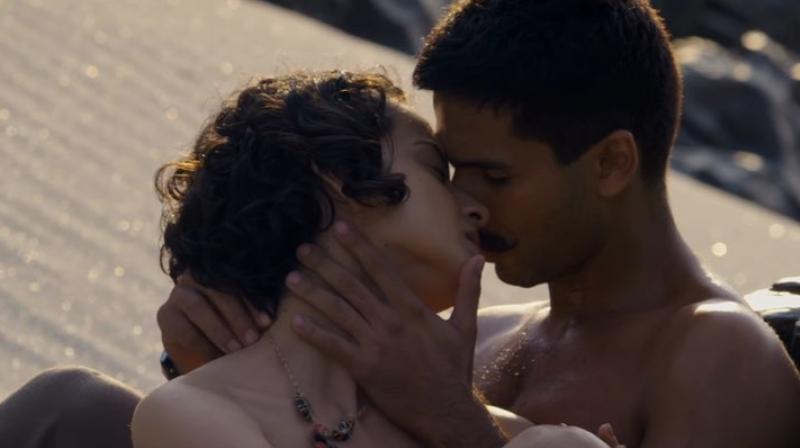 Kangana and Shahid in 'Rangoon'.

Mumbai: While several actresses in Hollywood have no qualms about baring it all for films, that can't exactly be said about their counterparts in Bollywood. While Bollywood actresses mostly avoid doing such scenes altogether, they prefer to use camera tricks and other such techniques if they ever have to do the scene anyway.

However, Kangana Ranaut is proving to be an exception and has gone stark naked for her upcoming film, 'Rangoon'.

The Vishal Bhardwaj directorial, has some very steamy scenes between lead actors Shahid Kapoor and Kangana.

Short snippets from the scene, which had been revealed in the trailer, had instantly become sensational for its bold content.

However, as per the latest reports, the actress had not even used a nipple tape while filming the scenes.

Kudos to the actress for giving her everything to the role, without being fussy or difficult.

The Casablancaesque love triangle, set to the backdrop of the second World War, also has Saif Ali Khan playing a negative role.

'Rangoon' is set to release on February 24.