The actress says that she is very excited about Saif's character as he is playing such a role for the first time. 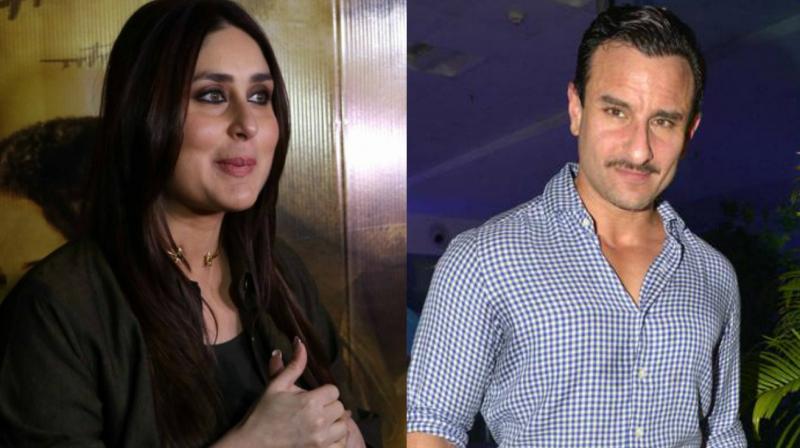 Mumbai: The year 2017 has started off on a good note with 'Raees', 'Kaabil' and 'Jolly LLB 2' doing good business at the box office and the industry would be hopeful that the trend continues with 'Rangoon'.

Vishal Bhardwaj's highly ambitious 'Rangoon' has been among the most anticipated films in recent memory, thanks to its tremendously sensational casting coup and unique theme.

The film, which stars Shahid Kapoor, Kangana Ranaut and Saif Ali Khan in the lead roles, was supposed to be a Casablancaesque love triangle, set to the backdrop of the second World War.

However, with each new video, it became more and more evident that Saif had a strikingly grey character in the film.

And now, Kareena Kapoor Khan has pretty much validated the strong doubts that audiences had.

While interacting with the media prior to the special screening of the film, the actress let out the well-guarded secret.

When asked about Saif's role in the film, Kareena said, "In Vishal Bhardwaj's films, the negative character is very striking most of the times. Besides, there are three stellar actors in the film, Shahid, Kangana and Saif. I like the competition, there should be competition between all three only then they'll give their best."

Elaborating on Saif's role, she tried to play it safe, saying, "His (Saif's) character in the film is going to be very striking because for the first time he will be seen in a role like this. We are very excited."

The film is set to hit the theatres on February 24.