CJI told petitioner ‘The court has to function as a constitutional court and it has already in its interim order...’ 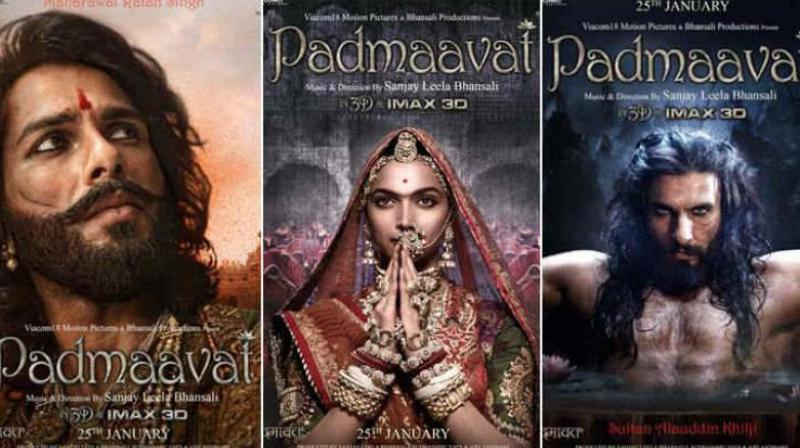 New Delhi: The Supreme Court on Friday declined to entertain a plea from an advocate for an urgent hearing of a fresh PIL seeking revocation of the certificate granted by the Central Board of Film Certification (CBFC) to Padmaavat on the grounds of ‘law and order’.

At the outset, a three-judge Bench of Chief Justice Dipak Misra and Justices A. M. Khanwilkar and D. Y. Chandrachud, refused to permit the PIL to be numbered by the Registry even as counsel M.L. Sharma argued that screening the movie would result in serious threat to life, property and law and order.

The CJI told Mr. Sharma “the court has to function as a constitutional court and it has already in its interim order on Thursday said that states can’t block a movie from screening. Maintaining law and order is not our job. That is the job of the state. Once CBFC has granted the certificate, there was no scope for any interference. Your prayer for urgent listing is rejected.” Mr. Sharma sought cancellation of the U/A certificate granted to ‘Padmaavat’ on various grounds, including the provisions of the Cinematograph Act.

On Thursday, the Bench while staying the ban on the film’s release in four states of Rajasthan, Gujarat, Madhya Pradesh and Haryana (though no formal orders were issued by these two states) had said that it is the duty of the states also to provide police protection to persons who are involved in the film, its exhibition and the audience watching it. The court had also restrained other states from issuing any such notification or order banning the screening of the film. Meanwhile, there are reports that senior lawyer Harish Salve who appeared for the producer of Padmaavat got threatening messages for paving the way for its release all over India on January 25.