Entertainment   Bollywood  20 Jan 2018  Not only Saragarhi, after Akshay Kumar now Ajay Devgn to also have a film on hockey
Entertainment, Bollywood

Not only Saragarhi, after Akshay Kumar now Ajay Devgn to also have a film on hockey 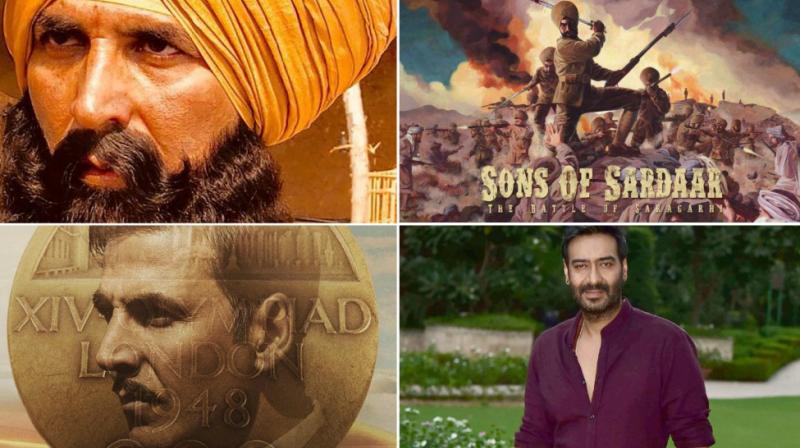 Mumbai: Akshay Kumar is going to portray hockey player Sandeep Singh in ‘Gold’. The movie, directed by Reema Kagti, has often been in the news for its interesting casting.

Now Mid-Day reports that Ajay Devgn has also been approached for ‘Mom’ director Ravi Udyawar’s next, which is also a movie on hockey.

This is not the first time that Ajay and Akshay are working on the same project. Both of them will be seen in a movie based on the ‘Battle Of Saragarhi’. Akshay’s movie 'Kesari', produced by Karan Johar, is going on floors soon. Ajay too has announced 'Sons Of Sardaar', which is expected to release next year.

Akshay will be seen as 'Padman' on February 9th, while Ajay is busy promoting his Marathi production movie 'Aapla Maanus'.