Watch: Hrithik is quite the perfectionist in making video of Kaabil action

The actor shares how difficult it was for him to get the action right since he plays a visually challenged person. 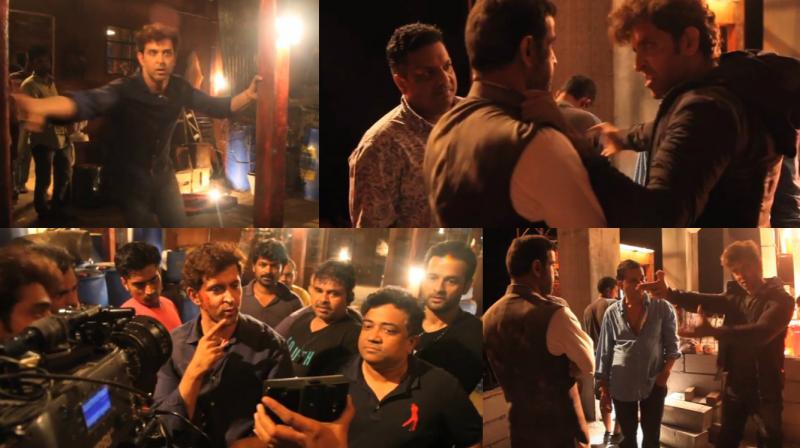 Video grabs from the making video of 'Kaabil's action sequences.

Mumbai: Hrithik Roshan's last two action films 'Bang Bang!' and 'Mohenjo Daro' didn't quite work wonders at the box office but there is no denying the fact that the actor has an impressive record when it comes to films having action.

However, the action in his upcoming film ‘Kaabil’ is completely different as he plays a visually-challenged person and hence, choreographing such sequences become difficult.

We get a sneak peak into the making of this action in a video shared by the makers.

As seen in the trailer, songs and promos, Hrithik overcomes his visual impairment to take revenge against the villains played by Ronit Roy and Rohit Roy in the film.

In the making video, the actor shares how difficult it was for him to get the action right since he couldn’t make eye contact with the attackers and had no idea where the punches were coming from or where the ditches were. He stresses on the importance of feeling and behaving just like his character Rohan to gauge these movements on the basis of sounds.

We see Hrithik getting directed by Sanjay Gupta and action director Shyam Kaushal in this video as he battles the baddies in an under-construction building.

Producer of the film, Rakesh Roshan shares that extensive research of 10-15 days was done for the action scenes while Gupta praises his actor for staying in his character even post the wrap of the day’s shoot.