I am my own competition: Rishi Kapoor

As the actor is looking to ease back into work, he says he is not keen to hop on the biopic bandwagon. 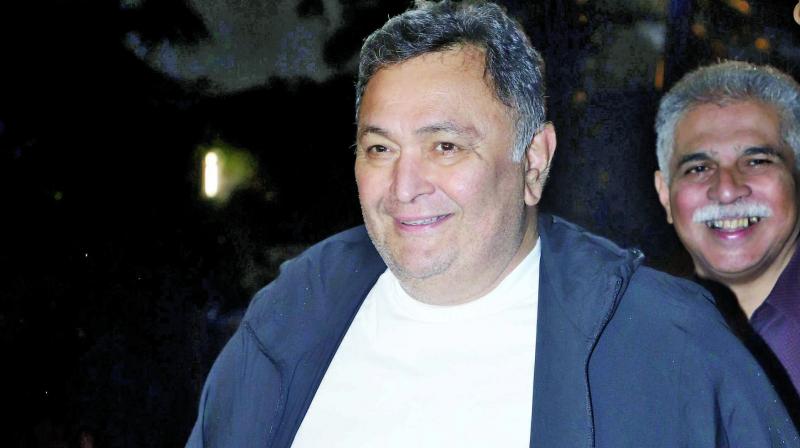 Rishi Kapoor may be taking it easy following his illness, but it appears that the actor has been relatively free of work stress even before that. Not the one to believe in competing with other actors, he says he only competes with himself.

“I am my own competition; I have to challenge myself. Jo aadmi chota hota hai woh aise thinking karta hai (A small man would think like this). I always feel that in whatever I may be doing, I am the best and I am doing good work. I may be a zero in reality, but I think like that,” he shares, adding that he tries not to be too critical of himself.

“I can’t watch my films, nor can I watch my son Ranbir’s films. I can’t judge a film. Neetu [wife] is very practical and she watches every film of both husband and son and gives us feedback.  I have not seen Tamasha, Anjaana Anjaani, or Rockstar. I have no perspective on my films and Ranbir’s films. I can watch other people’s films, just not my own,” Rishi explains.

When asked about working with his wife again, the 67-year-old laughs in his trademark hearty way and says: “Who wants to see us buddhas (oldies)? We have done 16 films together, 13 of which were as hero and heroine. People want us to work together, and something is in the pipeline.”

However, Rishi is tight-lipped about what the pipeline project is. “We are doing a film where we get separated on our 40th wedding anniversary, and that’s the beginning of the film. It’s a remake of an Indian film, and I am thinking of doing that. But I do not wish to give away the title of the film,” he says.

As the actor is looking to ease back into work, he says he is not keen to hop on the biopic bandwagon. “I will be the most wrong person and the weakest actor in the world to do any biopic. I am a self-styled actor; I cannot depict or imitate anyone.  They call me a mimic artiste because no one copies me. Rishi Kapoor is a difficult style to mimic because I don’t have any style. I am a natural actor. I act from within. It will be a total zero,” he concludes.