The organisation has termed some scenes as objectionable and demanded action from state authorities over it. 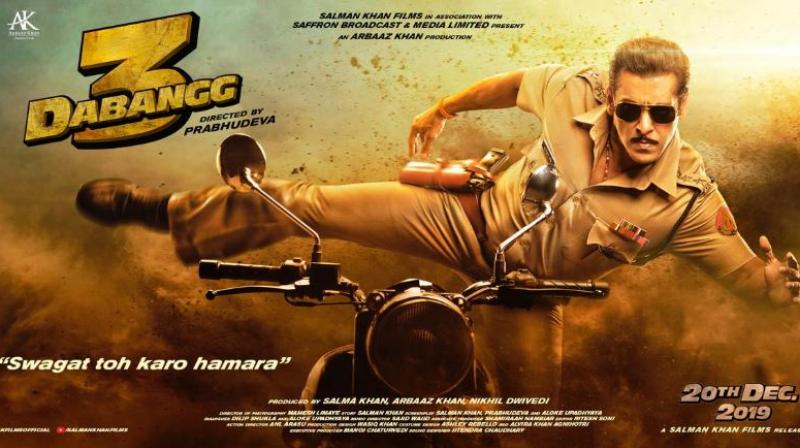 Mumbai: Hindu Janajagruti Samiti (HJS) has launched protest against some scenes of Salman Khan's upcoming flick 'Dabangg 3', which the organisation has termed as objectionable and demanded action from state authorities over it.

They demand the Censor board and local government to remove the 'insulting' scenes. Earlier on December 17, the representatives of Hindu Janajagruti Samiti approached officials of the Censor Board in Mumbai, stating Hindu Society will not tolerate the insult of Sadhu Sanyasis.

Sunil Ghanwat, state coordinator of HJS Maharashtra and Chhattisgarh stated that the protest campaigns will be intensified if the said scenes are not expunged before its release on December 20. Ghanwat has cited the action taken over the portions of "Panipat' movie to press for his demands to expunge the alleged scenes of the upcoming flick.

"The Hindi movie 'Panipat' had shown Surajmal Maharaj, respected amongst Jaat and Rajput community in a bad shape and the concerned official took action over it," said Ghanwat.