This latest Bollywood biopic is being produced by Sidharth Roy Kapur and will be directed by Mahesh Mathai. 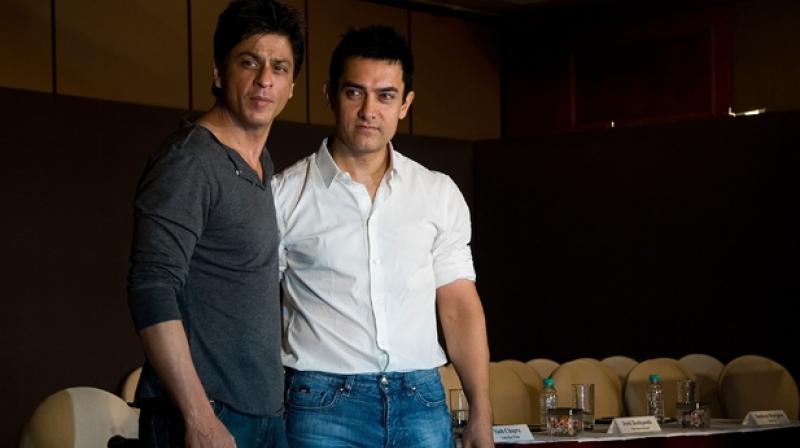 It’s confirmed. Not Aamir but Shah Rukh is to play well-known Indian astronaut Rakesh Sharma in the soon-to-be-made biopic, Salute. This latest Bollywood biopic is being produced by Sidharth Roy Kapur and will be directed by Mahesh Mathai.

According to very reliable sources, the changeover has been ‘very smooth, stress-free and amicable’. Apparently, Aamir personally met Shah Rukh Khan and urged him to take up the part of the first Indian to travel in space.

Shares an informed source, “Aamir strongly recommended the Rakesh Sharma biopic to Shah Rukh as a script worth walking that extra mile for. More so, since Aamir intends to devote a substantial period of his time to a very dear project of his, presumably the Mahabharata, and has stopped accepting any other assignments currently.”

After discussions with Siddharth Roy Kapur, Shah Rukh has finally signed up to play Rakesh Sharma.

Interestingly, Salute is not Shah Rukh’s first brush with outer space or astronomy. He had earlier played a NASA engineer in Ashutosh Gowariker’s acclaimed film Swades. Hopefully, King Khan will create that magic again. Salute to that!