Amitabh Bachchan is essaying the role of Vijay Barse, a Nagpur-based retired sports teacher who starts a slum soccer movement. 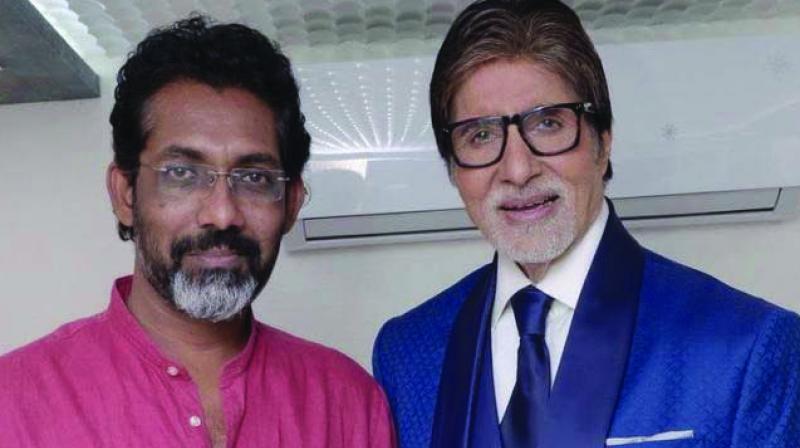 Kumar, a Telugu short-film maker, through his advocate sent the legal notices in October first week to eight persons including "Jhund" director Nagraj Manjule, producer Krishan Kumar, T-Series chairman and managing director Bhushan Kumar, Bachchan, along with Akhilesh Paul and Vijay Barse, on whose life the film is based, among others.

According to Kumar, he wanted to make a biopic titled "Slum Soccer" on Paul, a slum soccer player who was the Indian captain at the Homeless World Cup. The filmmaker claimed that, in 2017, he bought the exclusive copyrights from Paul under 'Life Story Rights Agreement'. Bachchan is essaying the role of Vijay Barse, a Nagpur-based retired sports teacher who starts a slum soccer movement, in the film. Kumar told PTI here that Paul, had also signed a 'No Objection Certificate', declaring that the director is the authorised person for exclusive rights for making the biopic in any language and it was not given to anyone else. "But he (Paul) went back on the promise and entered into another agreement with 'Jhund' producers," Kumar alleged.

Following this Kumar said, he sent several e-mails to "Jhund" producers seeking clarification on the issue but to no avail. Kumar further said he had bought the copyright's from Paul, and alleged "Jhund" producers indulged in deceit and cheating and thus delayed his project by threat and criminal intimidation over phone. The legal notice also accused "Jhund" producers of "colluding and conspiring and committing infringement of copyrights and indulging in making of the film 'Jhund', being aware that it infringed the copyrights of our client (Kumar)". "You addressees infringed copyrights of our client, and not only violated his copyrights, but also damaged our client's future prospects of making the film 'Slum soccer'," the legal notice read.