A photograph leaked on the Internet from the set of the movie shows Ranbir absorbed on his phone, while Alia seethes silently beside him. 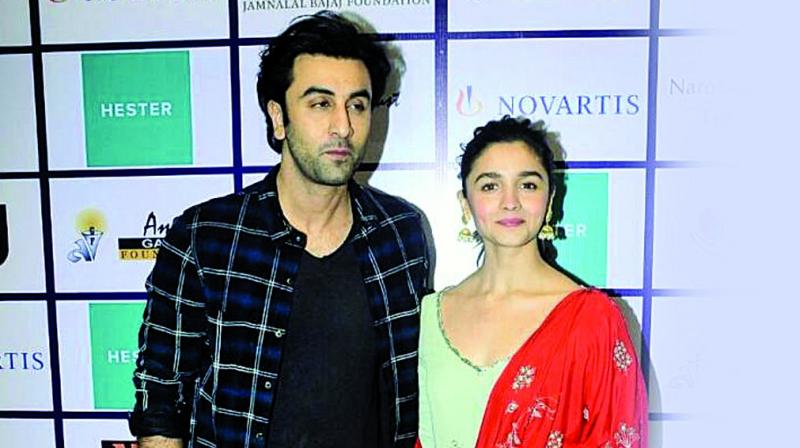 After DeepVeer, the latest couple obsession from Bollywood is definitely Ranbir Kapoor and Alia Bhatt’s. But, is the couple going strong for months, having trouble in paradise already?

According to reports filtering in from the sets of Ayan Mukerji’s lavish spectacle Brahmastra, there are suggestions of ‘some tension’ between the new couple. A photograph leaked on the Internet from the set of the movie shows Ranbir absorbed on his phone, while Alia seethes silently beside him.

However, not much can be revealed from a photograph, but looking at Ranbir’s past relationship record, one can only wonder if he is already losing interest in the new love of his life. For all the women who came before, from Deepika Padukone to Katrina Kaif, the actor seems to have had his share of evaporated love.

A close friend of Ranbir says that the star-actor has a problem with being constantly crowded in love. “While Alia likes to constantly connect, chat and simply be with the one she loves, Ranbir needs his space. But to suggest that there are problems between them, would be an exaggeration. They’ve had their own share of arguments. But, having Ayan Mukerji on the sets of Brahmastra helps. As Ranbir’s best friend and Alia’s buddy, Ayan is able to act as a beautiful buffer between the lovebirds,” reveals the source.

Moreover, with his father Rishi Kapoor undergoing a medical treatment in the US, Ranbir is generally just tensed, and also intends to formalise his relationship with Alia as soon as his father is in a better health.

“And why not? Alia has brought Ranbir luck and joy. He had his first hit Sanju in years, and she is his first girlfriend to get his parent’s approval, ” reveals Ranbir’s friend.